Through interviews and hands-on participatory paper prototyping, we learned about students' ongoing research projects and workflows. Many of the user needs we uncovered revolved around getting one-on-one help and project management. 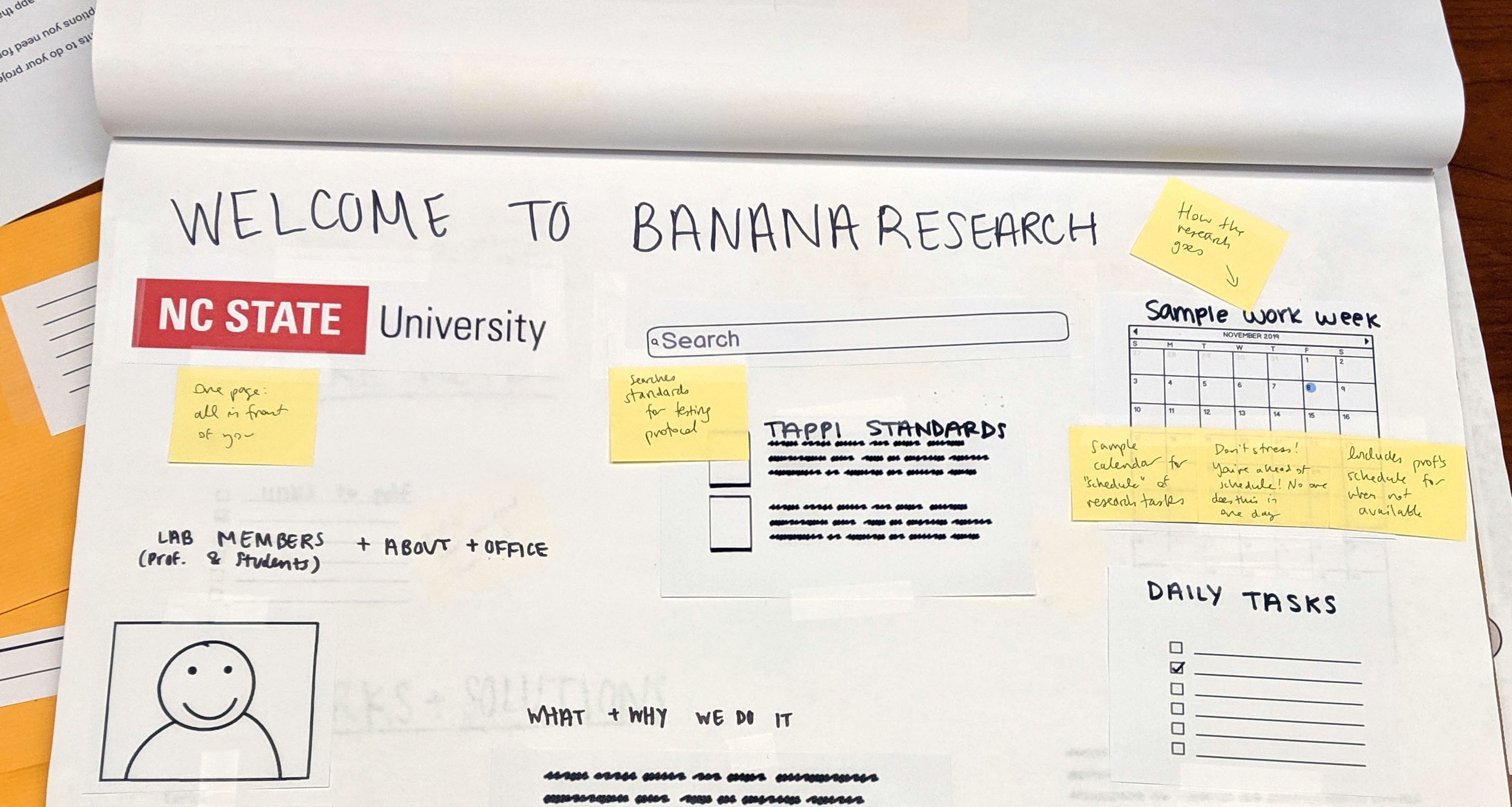 As part of the ongoing Aligning Discovery and the User Journey project (led by Jacob Shelby), a small user research team set out to gather information about students’ research needs, expectations, and information-seeking behavior. Through in-depth interviews and participatory paper prototyping sessions with eight students, we uncovered student user needs, grouped in this report by theme.

The need for consultations was widely expressed:

Some participants said they reached out to a subject specialist after an instruction session and relied upon him for research help.

Most participants included how-to or introductory videos in their paper prototypes. They also expected to be able to browse curated “how do I…?” content.

One participant noted that her approach to self-serve help depended on the time she had available (a four-hour LinkedIn Learning course would not be helpful for a project due in six hours) as well as how confident she felt in the area (help for beginners vs. help for advanced users).

Participants brought up the need for mentorship and guidance as they progressed in their research projects.

Participants mentioned that they made use of workshops and/or orientations in the Libraries. They had suggestions regarding how workshops are presented on the web:

Support for project management was important to all participants:

Participants’ prototypes also included some novel approaches to search, including search personalization, machine-driven discovery, and mapping both the physical and temporal context of topics.

In Fall 2019, we sent out a screening survey to a sample of the student population who had already opted in to participating in library user research. We selected eight respondents at varying stages of their academic career, from first-year to PhD student, whose projects were varied in terms of topic and outcome.

Note: we also interviewed one faculty member, while the findings from her interviews were valuable, they are too specific for her project to include here.

We met with each participant twice. First, we conducted a 45-minute, semi-structured interview with each participant. Our approach was one of broad curiosity: we wanted to know about the whole ecosystem of their research workflow. We did not ask questions limited to the scope of Libraries’ spaces and services. We drilled down into questions about tools, such as citation management systems and the cameras they used for media projects.

The second interview, which took place at least two weeks later, had two parts. We began with a 15-minute chat about the progress of the project. Then we transitioned to a 30-minute paper prototyping session, in which the participant was invited to create their own prototypes using printed-out user interface elements (e.g., dropdown menus and search bars).

Participatory paper prototyping gives users the tools to create their own low-tech design solution to a given prompt. It’s a creative alternative or supplement to user interviews. The goal of this user research method is to uncover user needs and priorities. (The design of these paper prototypes is incidental. We did not analyze prototype layout choices.)

We gave participants a list of eight prompts to choose from, including, “Make a starter kit for another student who wants to do your project.” We encouraged participants to think creatively, such as designing services that don't currently exist.

Participants designed 1–3 prototypes each. As they put the prototypes together, interviewers asked follow-up questions and took notes about the workflow represented by the prototype's layout.

We analyzed and coded the interviews to ascertain the most frequently-mentioned needs. To analyze the prototypes, we organized a gallery walk for the project team, where we collaboratively conducted a needs analysis. We used sticky notes to mark surprising features, user assumptions, and other things that struck us about the prototypes. Finally, we organized the sticky notes into groups though affinity mapping. From the interview coding and prototype affinity mapping, we derived the major user needs.

This user research was undertaken as part of Aligning Discovery and the User Journey, an ongoing project that seeks to revise our conceptual model and mechanisms for web discovery to better align with users' information-seeking behavior.