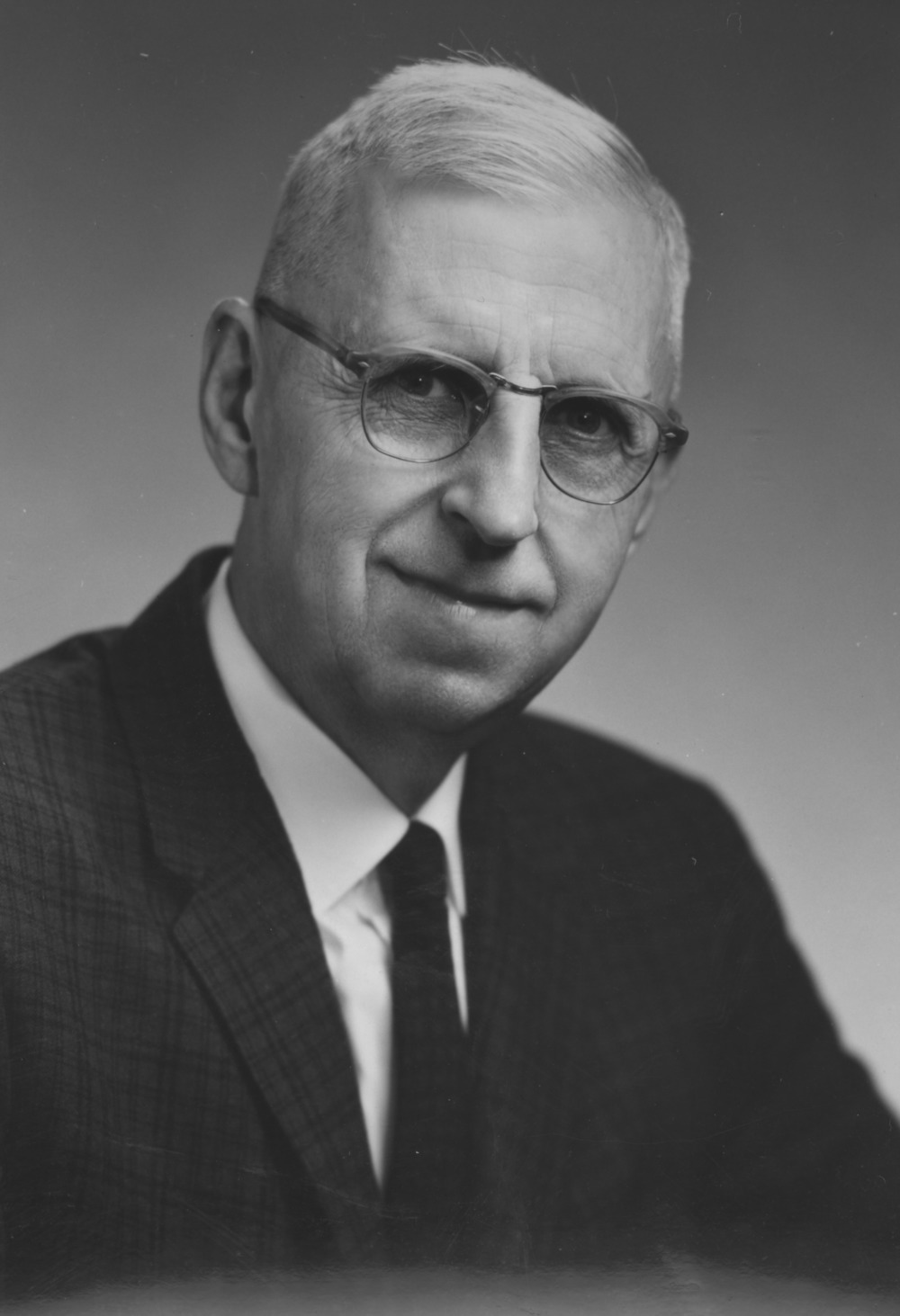 50 years ago on June 20, 1969, Professor William E. Shinn (1900-1995) retired from NC State University.  Over 30 years in the College of Textiles culminated in Shinn receiving the Award of Achievement from the National Knitwear Manufacturer's Association in April of the same year.

After receiving his B.S. in Textiles from NC State, Professor Shinn began his long career as an instructor in 1924, teaching the first courses in knitting at the University.  He earned an M.S. in Textiles while serving as instructor.  In 1929, he became a department head at Clemson University but returned to NC State in 1935.  He served as a major in the Chemical Corps during World War II from 1942 to 1944.  He retired from State in 1969 but went on to help found a two-year textile management program at Wingate College near Charlotte, North Carolina in 1971.

Shinn made countless contributions to scholarly publications on topics such as warp sizing, knitting, rayon, and hosiery, among many others.  However one of Shinn's most notable breakthroughs was the creation of the synthetic aorta.  The project began when Dr. Paul W. Sanger of North Carolina's Charlotte Memorial Hospital contacted College of Textiles Dean Malcolm "Sandy" Campbell to develop a synthetic version of the major artery.  Campbell enlisted Shinn, who developed knitted tubes using synthetic fibers to serve as artificial aortas. The knitted aortas were more flexible than the woven tubes previously used. Dean Campbell had an artificial aorta implanted in 1970 after suffering an aneurysm. He lived to 1978 with the help of the synthetic aorta that resulted from research he had supported.

The Special Collections Research Center houses the William Edward Shinn Papers, as well as digitized images of him.  Several of his synthetic aorta are currently featured in the exhibit Brace for Impact, on display in the Exhibit Gallery at D. H. Hill Jr. Jr. Library through September 20.  More information regarding the history of the Wilson College of Textiles can be found on this site.

For further questions or to access our archival materials, contact the Special Collections Research Center using our web form.