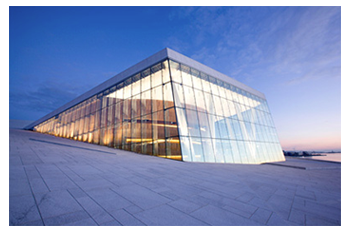 Formed in 1989 in Norway, Snøhetta is an integrated landscape, interior, and architectural practice based in Oslo and New York.  The firm was selected from 524 entries from 54 countries to reconceive and design the famed Library of Alexandria lost to fire almost 2,000 years ago. Snøhetta is now widely considered one of the most prominent architectural firms in the world.  Since beginning work on the Hunt Library, Snøhetta has won the 2009 Mies van der Rohe Prize for Contemporary Architecture, the 2010 European Award for Urban Public Space, and Archdaily’s 2011 Cultural Building of the Year.  Recent design projects include the National September 11 Memorial and Museum, the new look for Times Square in New York City, the addition to the San Francisco Museum of Modern Art, and the Golden State Warriors complex on the San Francisco waterfront.

Snøhetta's design philosophy emphasizes a strong relationship between architecture and the landscape in which it is situated, where each project site provides a specific context that requires a unique solution. Dialogue and teamwork are important aspects of Snøhetta's design process, which encourages the exchange of ideas and invites the active collaboration of all team members. Snøhetta is committed to ongoing research in finding new, cost-effective, and innovative solutions that support a sustainable design ethic. 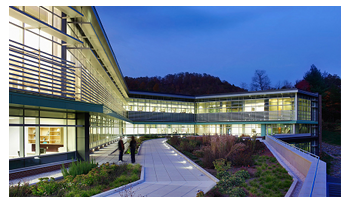 The Hunt Library's executive architect was Pearce Brinkley Cease + Lee Architecture (PBC+L), a North Carolina firm responsible for some of the most memorable buildings in the state. Founded in 1945, PBC+L specialized in academic and cultural arts projects with an emphasis on higher education. Architecture Magazine ranked PBC + L as the 15th best firm in the United States in 2012. In 2013, PBC+L merged with Clark Nexsen, which was ranked #11 that year on the "Architect 50" list of top U.S. architecture firms published by ARCHITECT magazine.

The firm is centered on a studio model where the brightest young designers are encouraged to excel and to develop into exemplary professionals. In this setting, youth and idealism are balanced with the experience and pragmatism the firm principals willingly share. 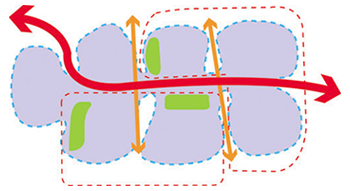 DEGW(broken link) (now the Strategy Plus division of AECOM) is an international consultancy that specializes in the relationship between people and the design of physical place. They used interactive group strategies to understand NC State’s culture, vision, and initiatives, as well as how students, faculty, and staff would use the building in its campus context.  They then collaborated with Snøhetta and the rest of the project team to help develop the Hunt Library's functional areas. 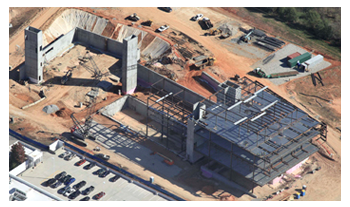 Skanska is an international project and construction company with expertise in developing office, residential, and public-private partnership projects. Skanska has had a presence in the Research Triangle area since 1918 and currently has a local office in Durham. With a long history of work at NC State, UNC, and Duke, Skanska also constructed the Engineering Building III on Centennial Campus.