This event has concluded. 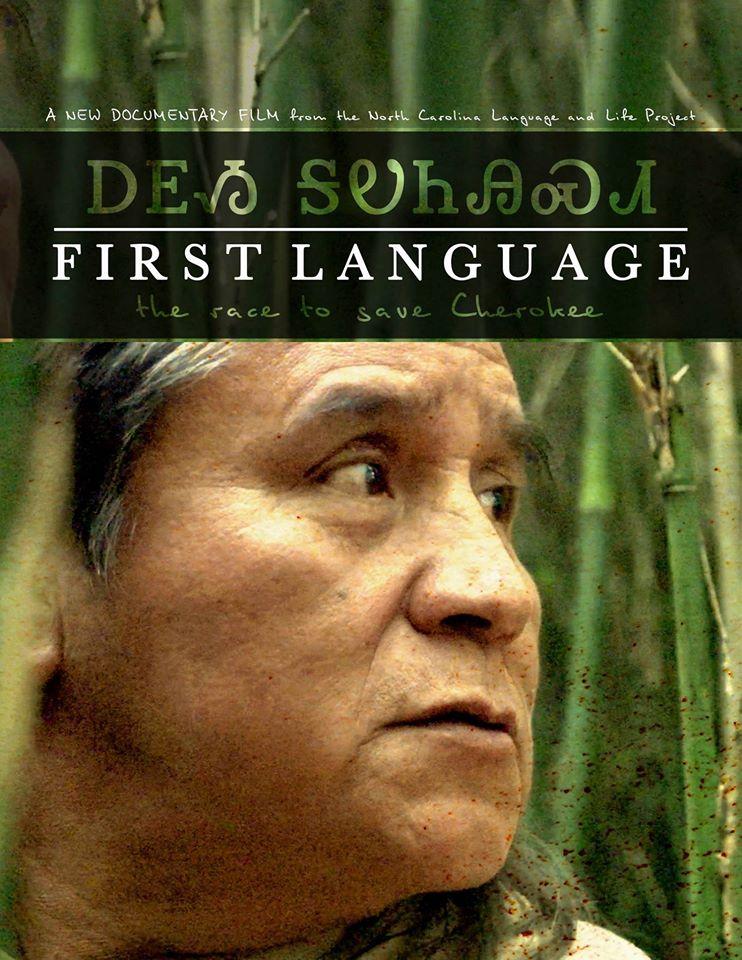 First Language (2014) takes a close look at the precarious positioning of the Cherokee language. In it, the Eastern Band of Cherokee discusses their relationship with their language, its near-disappearance, and the subsequent extraordinary steps they've taken to save it. This film discusses the cultural importance of languages and how we can work to preserve them.

First Language will be followed by a discussion and Q&A with the producers of the film, Danica Cullinan and Walt Wolfram.

Danica Cullinan is an Emmy award-winning producer of television documentaries, including Talking Black in America (with Neal Hutcheson), Cedars in the Pines, Spanish Voices, and First Language – The Race to Save Cherokee (with Neal Hutcheson). She also directs many of the outreach and engagement activities of The Language and Life Project. (source: The Language and Life Project)

Walt Wolfram founded the Language and Life Project in the 1990s to promote public awareness of linguistic and cultural diversity. In addition to more than 300 academic publications, he has authored numerous texts and magazine articles for the general public and overseen the production of a series of award-winning television programs on language, culture, and identity. (source: The Language and Life Project)

Free and open to the public. Requires registration.

If assistive technology, live captioning, or other accommodations would improve your experience at this event, please contact us. We encourage you to contact us early about this to allow sufficient time to meet your access needs.