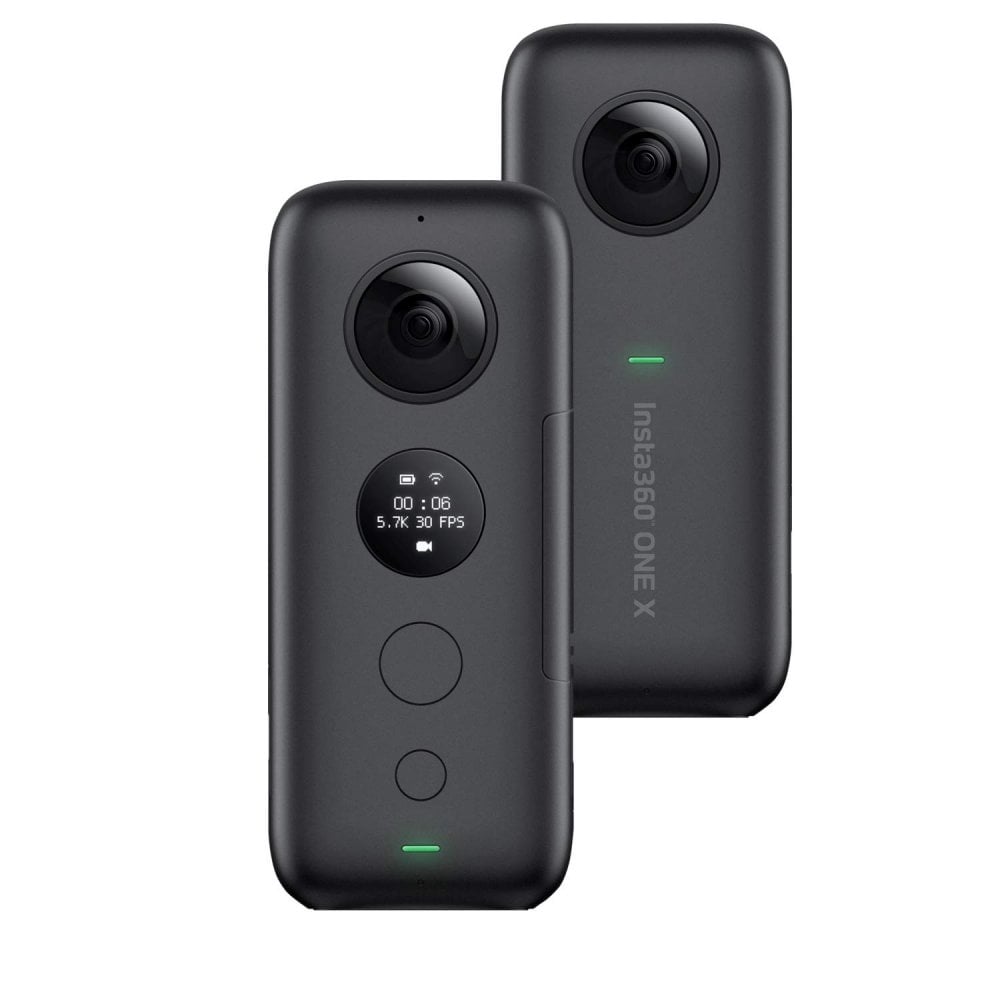 The Insta360 ONE X captures up to 5.7K resolution 360 video at 30 fps and 18MP photos. Two 200° lenses, accompanied by two built-in mics, capture your surrounding from all angles to a microSD card.

Includes the Insta360 ONE X, charging cable and dock, tripod adapter, and camera case.  Please note that this device may not be renewed in person or online. After returning the device, you must wait 24 hours before checking out the same or similar device to ensure equitable access to the Libraries' limited supply of these popular items.

Once the images are captured, you can transfer them over Wi-Fi to the companion 360 ONE app (downloadable for free for iOS/Android), and the app stitches them automatically into a single 360 image. From the app, you can further share the 360 image to social media including YouTube and Facebook, as well as live stream it. The full 360 image can be moved around at the swipe of your finger in the app so you can find the angle that you want to see, including behind where you stood when shooting the image. You can also stitch the images in the Insta360 Studio software (downloadable for free for Mac/Windows), where you can exercise greater control over the stitching and other factors

The ONE X app provides many tools and features that allow you to get a lot more out of your image. You can apply cinematic slow-motion to add drama or other desired effects to your shot, or add hyperlapse to see your video running sped up. You can also reframe the parts of the 360 image that you want, add music and effects, and edit the image in other ways, all from your mobile device.

With the addition of an optional Insta360 Bullet Time accessory for the ONE X (which consists of a selfie stick and a handle), the camera supports a feature called Bullet Time, which is a slow-motion effect similar to the spinning time-freeze effect in the film The Matrix. This package includes a tether wire and screw to perform basic Bullet Time effects.

How can I borrow this device?

Request to borrow this device. Please allow one weekday (Mon–Fri) for request processing.

How long can I borrow it?