A historical guide to the NC State campus optimized for mobile devices. 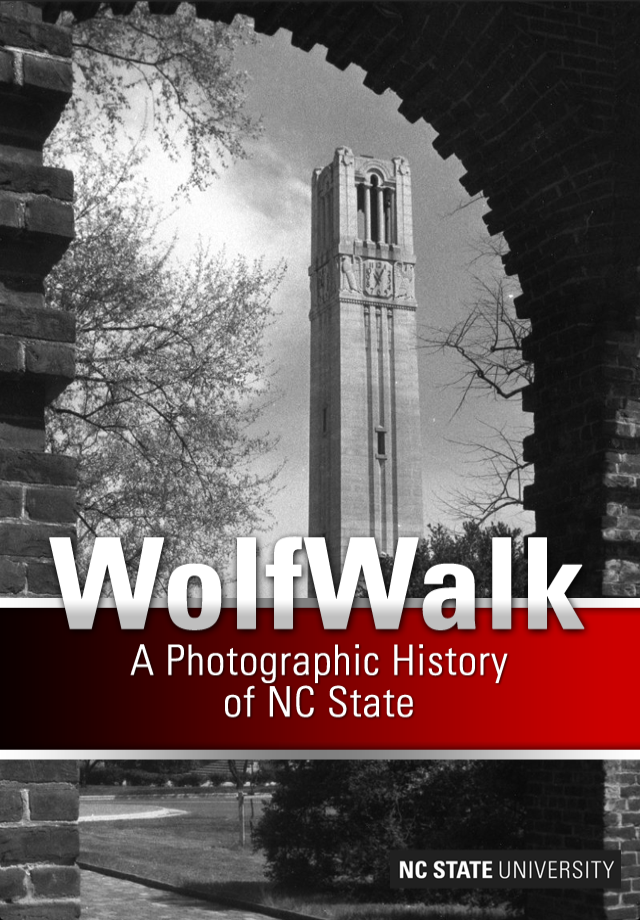 Please Note: WolfWalk was decommissioned in May 2018 and is no longer being supported. The materials displayed in WolfWalk may be found in the NC State University Libraries' Rare and Unique Digital Collections.

WolfWalk is a photographic guide to the history of North Carolina State University optimized for mobile devices. The application includes a location-aware campus map and a photo viewer for browsing historical photographs by decade or theme. WolfWalk features 1000 photographs of important people, places and events in NC State history. WolfWalk is a pilot project to explore new user interaction models with digital collections on mobile devices.