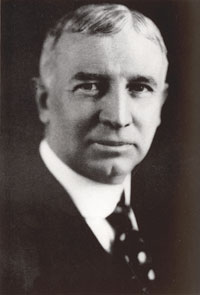 A description of the dedication of the Library can be found in NCSU Libraries Focus Online:

William Rand Kenan, Jr. was born in North Carolina and accomplished a great deal throughout his life. Following his graduation from the University of North Carolina in 1894, he contributed to progress in a variety of fields, including education, engineering, agriculture, finance, business and science. In 1921, he purchased Randleigh Farm, in Lockport, New York. As Kenan turned his attention to issues of safe milk production and the highest quality Jersey cattle, Randleigh Farm became a leading dairy farm and a nexus for dairy health research. 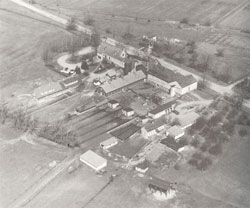 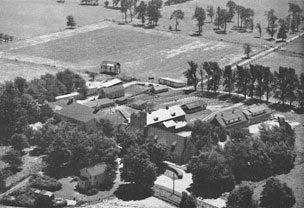 Aerial photos of Randleigh Farm prior to World War II (left) and in 1948 (right).

Kenan collaborated with several veterinarians and scientists at Randleigh Farm on a variety of topics related to the breeding, feeding, milking, milk handling and milk production of Jersey cows with the ultimate goal being,

"A cleaner and better milk supply for mankind." - Kenan

In his effort to further this purpose, Kenan held Annual Scientific Conferences at Randleigh Farm. Originating in 1934, the Conference grew to two full days and its attendance doubled by 1940.

Kenan's legacy is also tied to his generosity. He dedicated a chapter in his book Incidents by the way: Lifetime recollections and reflections to describing how he spent his money. He once stated, "I've always believed firmly that a good education is the most cherished gift an individual can receive."

After his death in 1965, the Kenan Jersey cattle were relocated to North Carolina and a new farm dedicated as Randleigh Farm.

"...to be devoted to the carrying on of experiments, research and investigations for the purpose of improving and promoting methods of conducting dairy farming and to the ...communication of data and information with respect thereto...having in mind at all times...that the driving force behind the purposes and objects shall be the thought of accomplishing something of benefit to mankind." From the Last Will and Testament of William R. Kenan, Jr. 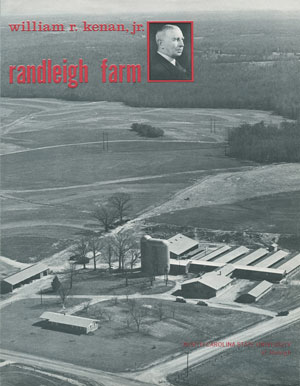 In North Carolina, Randleigh Farms was under the supervision of Dr. John C. Wilk who directed research milk production, Jersey reproduction, genetics and breeding, and more. Like Kenan, Dr. Wilk was known for his investigative nature and affinity for helping others. 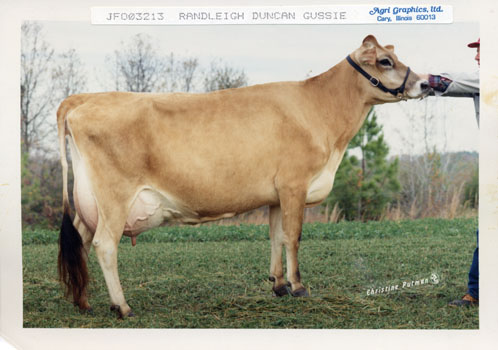 In a 1981 pamphlet describing research at Randleigh Farm (NC), J.E. Legates, Dean of the School of Agriculture and Life Sciences, stated:

"Much has been done at Randleigh Farm in developing new ideas for future dairies, and there is still much to be developed. It has been and is our hope that we may make Randleigh Farm useful to mankind by constant determination of the most effective way to produce the best and most healthful milk possible. This we feel should be the goal of the dairy industry." (Ten Years of Research at Randleigh Farm, Dec. 1981)

The descendants of the Randleigh Jersey cattle currently reside at the NCSU Dairy Education Unit.

On June 5, 1944, Kenan was awarded a Doctor of Laws degree by the University of North Carolina. "This degree, the highest that can be given by any great college or university, was in recognition, not of his achievements in the field of chemistry, or as a construction engineer, or a business administrator, or by reason of his great philanthropies, but of his work with his Jersey cattle." (Reprint from The Jersey Bulletin of August 20th, 1944; J.W. Canada, Incidents, 1946, p125).

In 1945 William Rand Kenan, Jr. was awarded the Master Breeder Award from the American Jersey Cattle Club. (Kenan, WM. R. Jr., p130). In announcing the award, The Jersey Bulletin writes, "Mr Kenan is a devout Jersey milk evangelist and does everything humanly possible to extend the use of this superior food. His milk is an honest example of what he thinks Jersey milk should be, and the nutrition world regards it as such." (p351)

To learn more about William Rand Kenan, Jr. and Randleigh Farm, look for these resources at the NCSU Libraries: