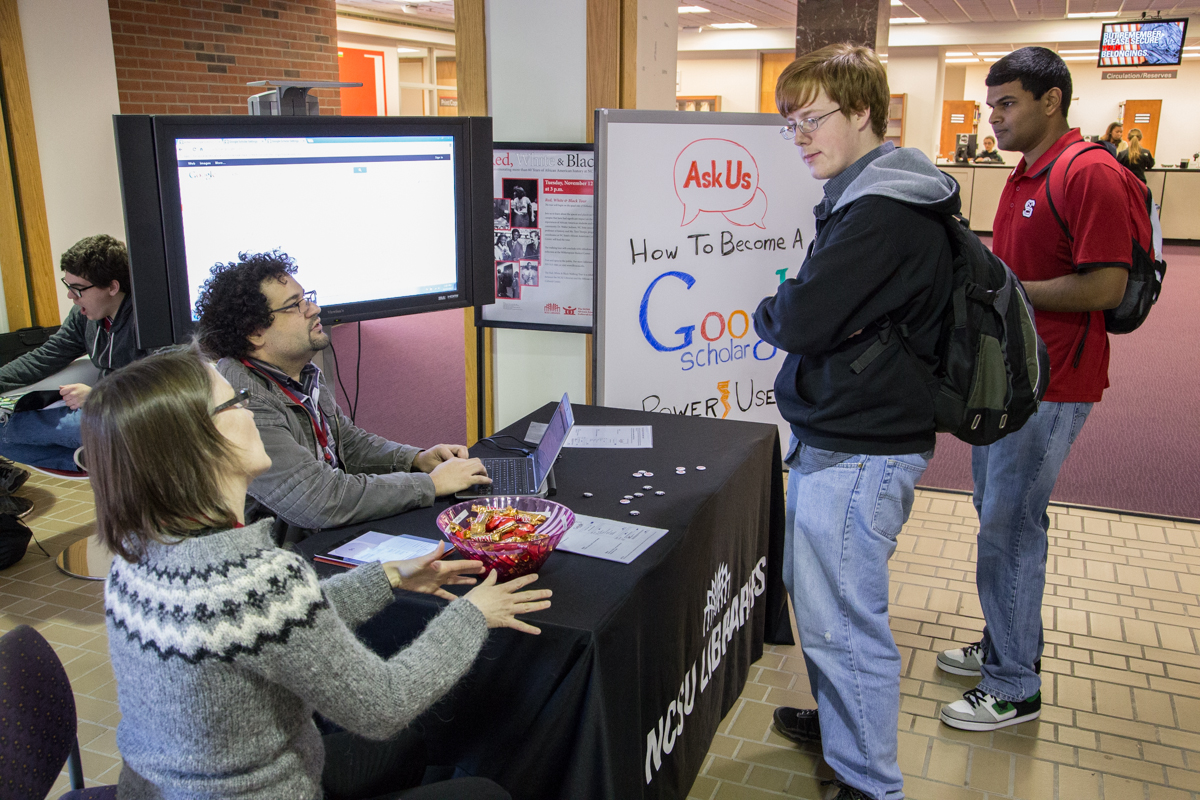 NC State librarians want students to Ask Us... about anything! But what would happen if we flipped the script and told them what to ask us about? That was what a small team of librarians set out to find out by setting up shop in the lobby of the library to promote learning about useful, interesting topics.

How It Got Started

Librarians want to help!  We're here to help answer point-of-need questions both in the library and online as well as to teach students how to find information for their projects during classroom workshops and one-on-one in-depth consultations.

Thinking that there might be an opportunity for another kind of teachable moment -- somewhere between the urgency of helping someone with a project at the Ask Us Center and the expansiveness of a 50-minute classroom session -- several librarians in Research and Information Services decided to test out a “pop-up” Ask Us table in the lobby of D.H. Hill Library.

We chose our topics (“Be a Google Scholar Power User!” and “Get Books and Articles from Across the Universe with Tripsaver!”) for their potential to inspire interest in passers-by and the relative ease of successfully explaining them in just a few minutes. 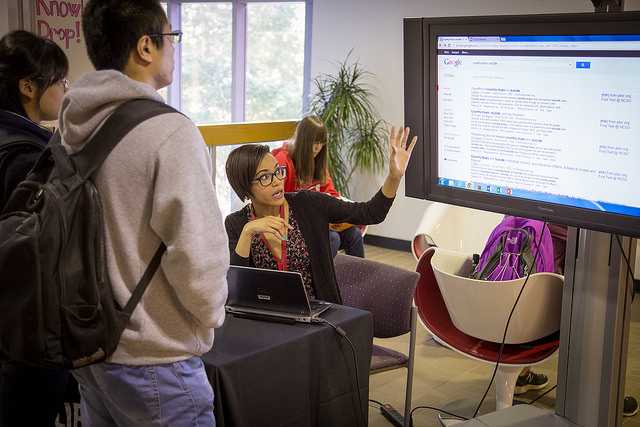 We also had to consider how to draw in that briskly walking, quickly passing audience. We felt electronic displays were a bit too “slick,” and so common that they might have become invisible to some library users. Instead, we tried something a little more unique to grab their attention; a colorful and whimsical hand-drawn sign on a rolling white board. A bowl of candy served as a secondary lure.

We piloted the project on two days during a week in mid-November 2013 -- and building on our success, librarians have continued to pop-up in the library. So now, we periodically roll our whiteboard, a table, a laptop, an e-board, and our bowl of candy out to the DH Hill Library lobby and waited for people to stop. And they do! We've found that it's a great way to engage with students while sharing valuable information to help them maximize their use of the library.

During our pilot in November 2013 we scheduled three 1.5 hour encampments. During that time 44 passers-by stopped to hear our 5 minute pitches on Google Scholar and Tripsaver. It was this early success that led us to continue the program. On a recent Wednesday in mid-October 2014, for example, librarians engaged with more than 30 students over two hours. We talked with students -- both undergraduates and graduate students -- who were completely new to our topics as well as students who had more advanced questions. We plan to continue to pop-up occasionally with new topics as well as experiment with different times of the day. 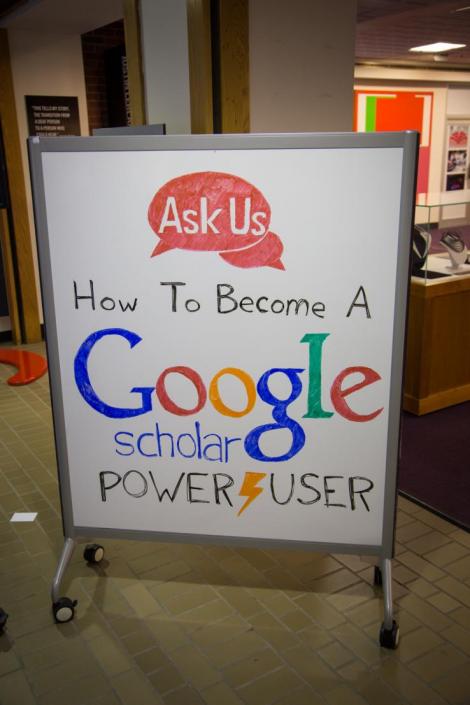 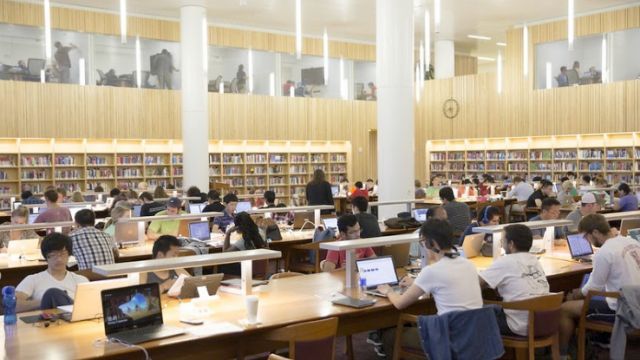