What to know about the Libraries: Spring 2021 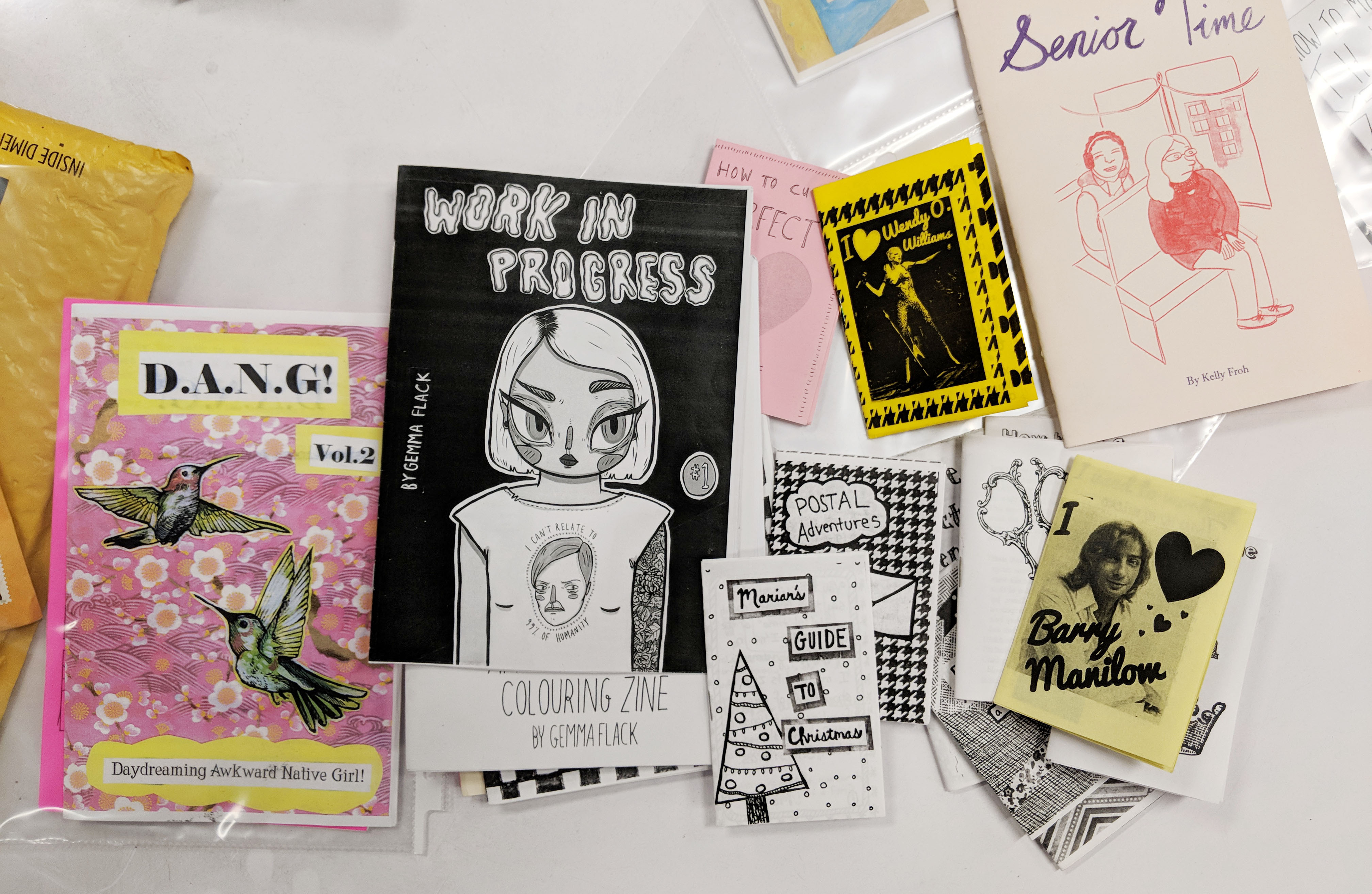 Zines made by participants of the workshop

Through intentional and collaborative efforts including collections, facilities, staff training, and programming, the NC State University Libraries has consistently served the GLBT community over the 2017-2018 academic year. By starting new initiatives and extending existing ones, the Libraries is helping make NC State a more welcoming and inclusive campus.

The NCSU Libraries has made it a priority to ensure all of our spaces are welcoming to the Wolfpack community, including its digital spaces. Individual NCSU Libraries’ staff regularly include pronouns in their email signatures and the Libraries has taken steps to be more proactive in modeling gender inclusivity throughout the campus community and beyond. Nicky Andrews, NCSU Libraries Fellow; Josh Boyer, Department Head, User Experience; and Angie Fullington, Web Services Management Librarian collaborated to create an option for staff to share their pronouns on their staff web pages. These options include writing in pronouns that extend beyond the wider-known gender binary. The Libraries has also begun the optional inclusion of recruitment candidate pronouns within interview schedules, as well as encouraging members of the nomination committee to use them when introducing themselves.

With these initial steps, the NCSU Libraries hopes to create a welcoming environment for those who have not yet chosen to join the Wolfpack community or those who are considering reaching out to the Libraries. 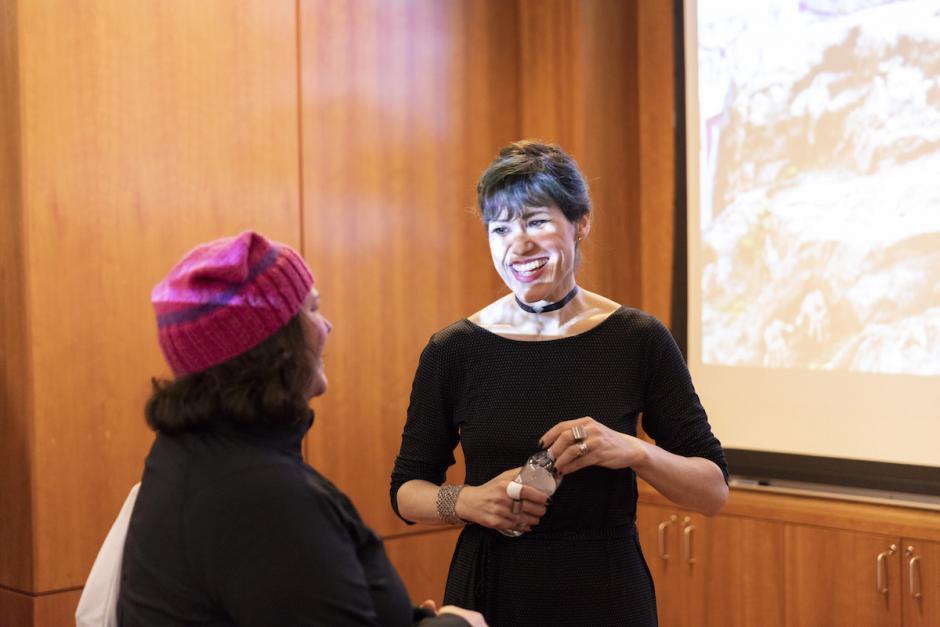 Carla Gannis talks with a student after a Making Space event

The NCSU Libraries Diversity Committee has sponsored programs which center on GLBT inclusion since 2003, when the committee held the event, “Sexuality and Community at NC State University,” which addressed GLBT student and campus climate issues. These workshops have been impactful for our staff and have encouraged them to consider how they can more deeply support GLBT colleagues and students within our community.

One example of this is the best practices supervision guide created by Silvia Sheffield, University Library Technician. “Supervising Trans Students: How to be Respectful and Supportive” was edited last fall by both Silvia and Laura Blessing, Director of Library Human Resources and includes examples of first steps, follow-through, and potential pitfalls in offering support to student workers who come out while working for the Libraries. Created in consultation with GLBT Center staff, the guide is an important step in offering support to students in a workplace environment, which is different from a classroom environment.

While the Libraries has made progress with internal processes, it has also welcomed the opportunity to collaborate on outreach and event programming with partners across campus.  Examples include pop-up Libraries events in the GLBT Center and the Women’s Center which have offered reading recommendations, reference consultations, and general research support to students who use the campus centers as their study space.

One particularly successful collaboration was the creation of a media and news literacy workshop as part of the GLBT Center Week of Action this past April. Building on the theme “Find Your Center, Expand Your Circle,” the workshop encouraged critical thinking in interpreting media data and visualization and offered insights into evaluating news sources, including our own Nubian Message and Technician. The workshop was developed by Andrews; Anne Burke, Associate Head, Learning Spaces & Services; Marian Fragola, Director, Program Planning & Outreach; Jennifer Garrett, Head of Digital Research Education and Training; Sonoe Nakasone, Lead Librarian for Metadata Technologies; and Hannah Rainey, Academic Technology Librarian. While the workshop was initially developed for a GLBT audience, it raises issues important to all students and may be piloted as a regular offering for undergraduates in the fall.

The Libraries also involved the GLBT Center in the annual production of Banned Books Onstage, the Libraries’ premiere event during National Banned Books Week each September in partnership with University Theatre. Talented NC State students presented scenes and monologues from banned and challenged books that focused on LGBTQ issues, including The Perks of Being a Wallflower by Stephen Chbosky, Drama by Raina Telgemeier, and Fun Home by Alison Bechdel. Co-presented by the NCSU Libraries, University Theatre, and the GLBT Center, the performance took place in the Hunt Library Teaching & Visualization Lab. D. H. Hill also featured a display of banned and challenged books on a special shelf by the Ask Us desk. 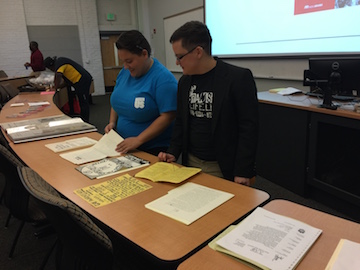 The LGBTQ Guide is another example of anticipating the needs of the Wolfpack community when it comes to GLBT research and resources. The guide features online databases, reading lists, and research tips and was researched and published last year by Cindy Levine, Research Librarian for Humanities and Social Sciences; Markus Wust, Digital Research and Scholarship Librarian; and Rainey.

Justine Hollingshead, the first Director of the GLBT Center at NC State, speaks to the NCSU Libraries' Wolf Tales about opening the center.

Virginia Ferris, Outreach and Engagement Program Librarian, notes that the SCRC has partnered with the GLBT Center for several years to include more GLBT narratives in the record of our campus community's history. “Through the Wolf Tales video oral history program,” she says, “we've been able to integrate voices of GLBT students, alumni, faculty, and staff into the archives of the university through recording events at the GLBT Center's annual Lavender Graduation, the center's ten-year anniversary celebration in February 2018, and other events. We feel that it's important to create a platform for our GLBT community partners to tell their story of life at NC State, documenting this important part of our shared history in their own words, for current and future generations to learn from.”

Preston Keith, Assistant Director of the GLBT Center, confirms that the collaboration between the Libraries and the GLBT Center is a fruitful one that increases the number of voices telling the NC State story. "Partnership between NCSU Libraries and the GLBT Center has been instrumental in capturing the histories, experiences, and voices of the GLBT community at NC State,” he says. “From our work with Wolf Tales to our ongoing partnership through the archives, NCSU Libraries has provided avenues to catalog, preserve, and center the voices of students, faculty, and staff that are not often heard or acknowledged. I am excited for the continued opportunities to work with the libraries in various capacities, and to continue to engage in new and exciting initiatives together."

Justine Hollingshead, the first Director of the GLBT Center at NC State, speaks to the NCSU Libraries' Wolf Tales about the challenges of directing the center, how she helped handle a hate bias incident, and the positive campus response that followed.

The Making Space event series extends the Libraries’ partnerships even further, allowing us to collaborate with and invite participation from departments, Living and Learning Villages, and student and scholars groups throughout campus. Through Making Space, the Libraries invites experts in STEM fields to share their expertise in a public lecture and a student workshop.  Guest speakers such as February Keeney, Kaho Abe, or Carla Gannis have shared their education and career paths, shedding light on the trajectory of professionals who face bias or systemic barriers as members of underrepresented groups.

The original Making Space series in the 2016-2017 school year aimed to reduce barriers to inclusion for women in STEM. This fall, the Making Space team reflected on and rewrote their mission statement to be more inclusive for all of our patrons and visitors. It now includes the language: “Through a series of public talks and workshops, this program series centers gender diversity and inclusion in STEM as it intersects with race, ethnicity, ability, and sexuality.” As part of Making Space, the next Raiders of the Lost Arcade inclusive gaming event will focus on exploring queer narratives and experiences through video games, and will take place in the D. H. Hill Fishbowl Forum on Wednesday, August 29. 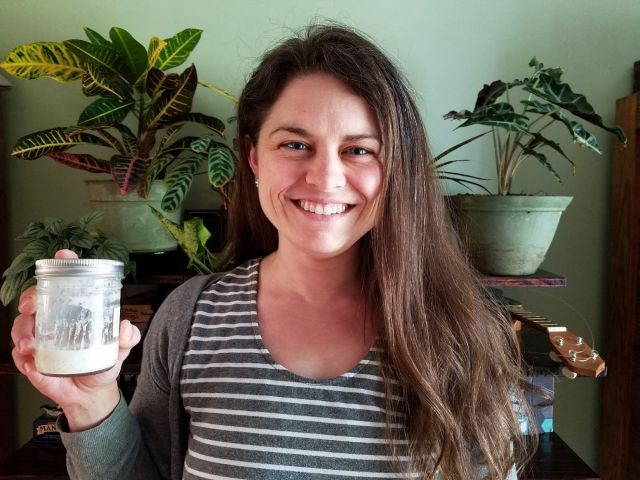