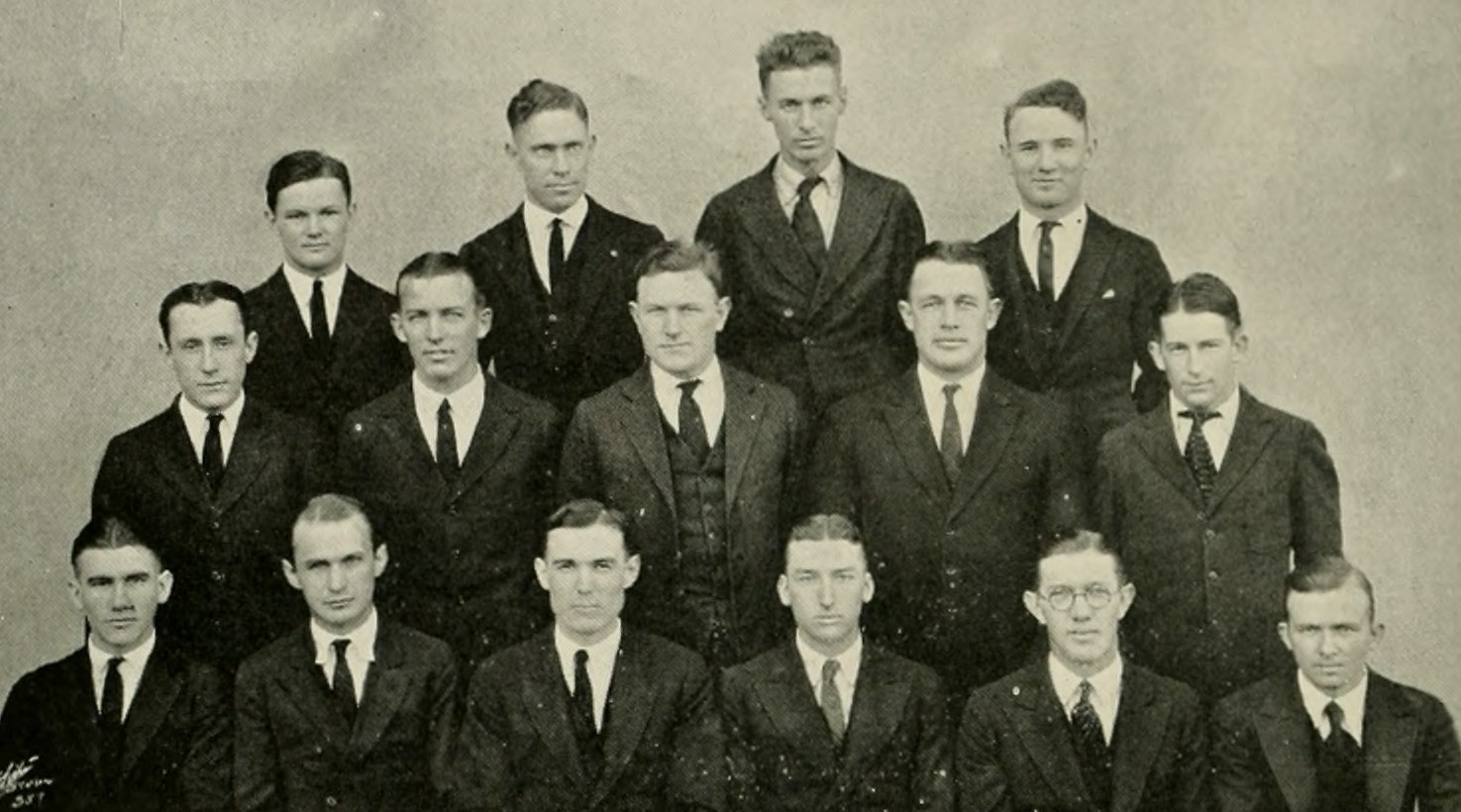 During this 2021-2022 academic year, North Carolina State University's Student Government turns 100.  The student body passed a constitution in Feb. 1921 that created a "House" (the legislative branch) and the Student Council (the executive branch), according to the 1922 Agromeck student yearbook.  The annual publication stated that "it is the purpose of student government to handle all matters of student conduct, honor, and general student interest; and to promote in campus life self-control, personal responsibility, and loyalty to the college and student body."  The Student Council and the "House" first met in Sept. 1921.  The next month the House passed bylaws that served as a student code of conduct.

Academic misconduct was a major focus during the early years of Student Government.  The Student Council's original function was to " . . . receive, prefer, and try all charges of violation of the standards of government."  A. G. (Averette Gaston) Floyd was the first student body president, and during his term in office he worked against cheating on examinations, stating that any academic dishonesty would not be tolerated.  He helped ratify the section of the original student government constitution that made expulsion the penalty for cheating.

On 12 Dec. 1921, he called a meeting of the student body at which Dr. C. C. (Carl) Taylor explained " . . . the relationship of the newly instituted system of Student Government to the conduct of examinations." The faculty member then " . . . discussed dishonesty in the form of stealing goods," and that when done during exams, it was the equivalent of "stealing grades."  He went on to say that if a student had " . . . not honestly earned his diploma, then he has stolen the integrity of the college."

Floyd served just one term as the college's student body president, but he became a model for those who followed.  The Technician student newspaper praised him at the end of his term:  "State College shall ever be indebted to A. G. Floyd, her first Student Government President, who by his untiring efforts  and keen sense of right and wrong has done more for his college than probably any student in many years."  Floyd graduated in 1922 with a BS in agriculture.  In addition to leading Student Government, he played on the football team, and he even served in the military during World War I.

E. W. (Ernest W.) Constable was one of the students who helped develop the student government constitution and get the governing body started.  He graduated in 1921, however, before the organization was operational and officers had been elected.  In an article published in the July 1921 Alumni News, he provided background information on the need for student government and the initial ideas behind its formation.

In addition to academic misconduct, NC State's early student government also addressed instances of hazing, drunkenness, "illicit sex," gambling, and theft.  The 1921 bylaws stated that "every student is supposed to act the part of a gentleman."

During the past 100 years, Student Government has expanded its role in campus affairs.  There have been a succession of constitutions. The 1969 constitution, which created the Student Senate, is essentially the core of Student Government's present charter.  For the past 50 years, the governing body over NC State's students has continued to evolve through  amendments and statutes.

Most historical documents from NC State's Student Government can be found in the Student Government Records.  To access this collection or other Special Collections materials, please contact us through our online form.  The Special Collections Research Center is open by appointment only.  Please contact us at library_specialcollections@ncsu.edu for appointments or any questions. You can also submit a request to use materials, and we will email you with available appointment times. Also, please feel free to explore our online holdings at Rare and Unique Digital Collections.