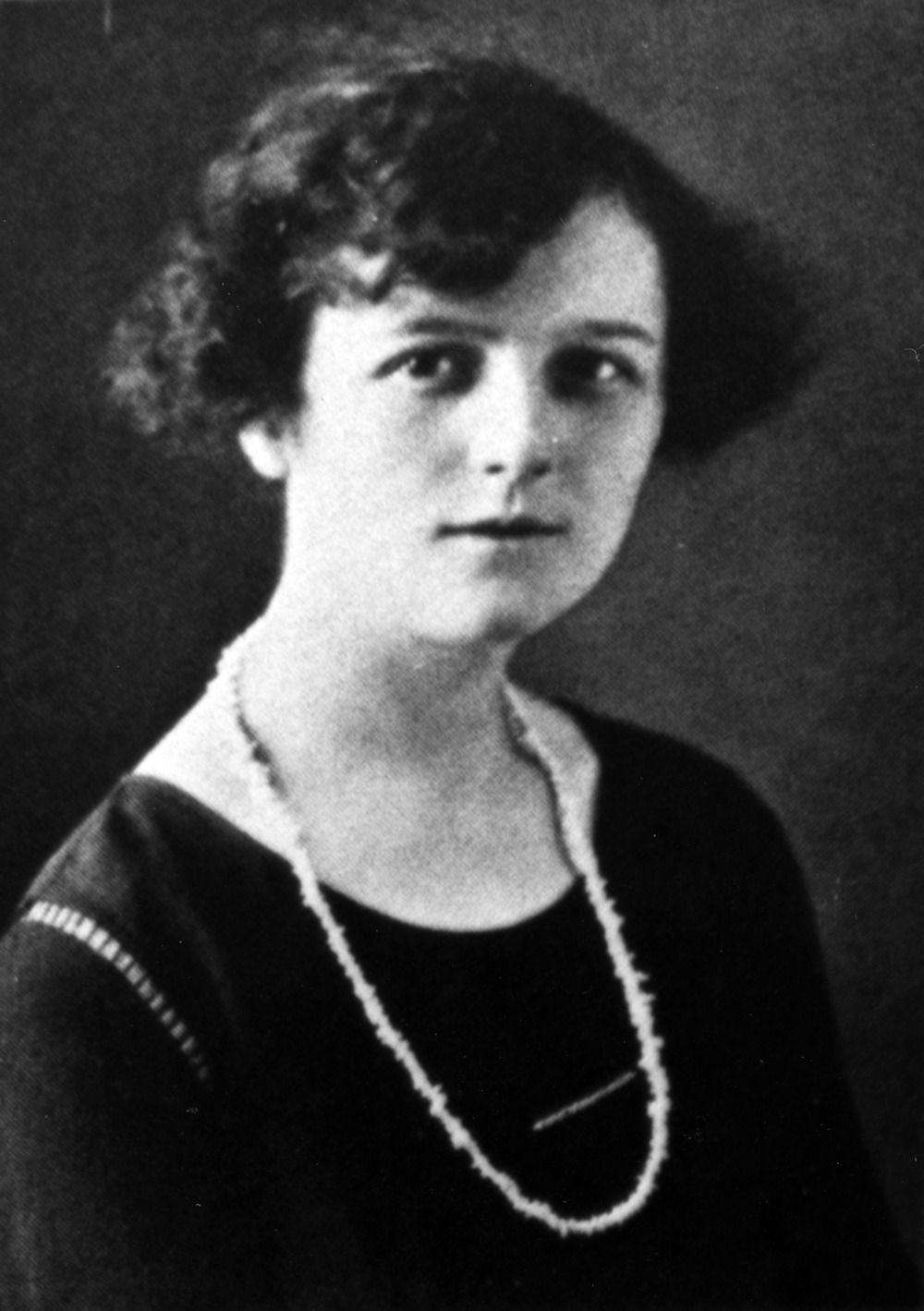 Lucille Thomson is considered the first woman to be a fulltime student at NC State. She enrolled 100 years ago in 1921. Agromeck photo.

One hundred years ago, Lucille Thomson enrolled at NC State in the fall 1921 semester.  She is the first woman known to have enrolled full time at the university.

Originally from Wilmington, NC, Thomson had attended UNC-Chapel Hill and UNC-Greensboro (then known as the North Carolina College for Women) prior to enrollment at State, according to an Alumni News article.  It isn't clear if she transferred as a sophomore (which the Alumni News claims) or as a freshman (which the 1921-1922 catalog indicates, and then the 1922-1923 catalog has her as a sophomore).  Adding to the confusion, the 1922 Agromeck student yearbook (covering Thomson's first year), placed her among the juniors!

Thomson was an electrical engineering major interested in radio, an emerging technology at that time.  She was a member of the student branch of the American Institute of Electrical Engineering (AIEE).

Women students at American colleges and universities were frequently called "co-eds" during the 1920s, when most students were men.  The 1922 Agromeck lists Thomson as president of NC State's Co-Ed Club, but it doesn't indicate who the other members were.  As near as we can tell, Thomson was the only woman enrolled in a 4-year undergraduate degree program during her years at NC State (1921-1922 and 1922-1923).  In her classes, she probably didn't encounter any women faculty members (there was only one at NC State at the time).  The student and alumni publications that mention Thomson frequently called her "our co-ed," emphasizing her singular position on campus but also suggesting how her male colleagues viewed her.

During her first semester, Thomson chaired AIEE's social committee, which planned the organization's first dance, according to the Technician student newspaper.  The article also indicated that the next dance would feature music piped in through a radio "magnavox" or loudspeaker (the Magnavox company still exists in 2021), perhaps reflecting Thomson's interest in the field of electronics. We cannot confirm that such a dance occurred, however.

Thomson last appears in the spring 1923 student publications.  The 1923 Agromeck listed her among the seniors.  She is not known to have graduated (her name does not appear in that year's commencement program), but the yearbook entry indicates that she would be leaving soon.  Although her future plans were unknown, the writer (obviously not Thomson herself) said she was "considering a position with the Marmon automobile people"  (Marmon was an early car manufacturer).  It is interesting to note that the article described Thomson as "moving noiselessly in and out among the fellows as if she didn't know they were there, or if she did know, she didn't give a rip."  If she really did not engage with her male colleagues,why?  We don't know, but the yearbook entry probably does not consider the full range of possibilities from her perspective.

Lucille Thomson gives an example of how research can very often raise more questions than yield answers, and also lead to what we refer to as silences in the archives when researching historically marginalized communities. As one of the first women students at NC State, her voice is missing from the historical record, and instead, we only find traces of her existence as depicted from the perspective of her majority male peers.

Explore additional primary sources on Lucille Thomson as our Rare and Unique Digital Collections site.  The Special Collections Research Center is open by appointment only.  Please contact us at library_specialcollections@ncsu.edu for appointments or any questions. You can also submit a request to use materials, and we will email you with available appointment times.