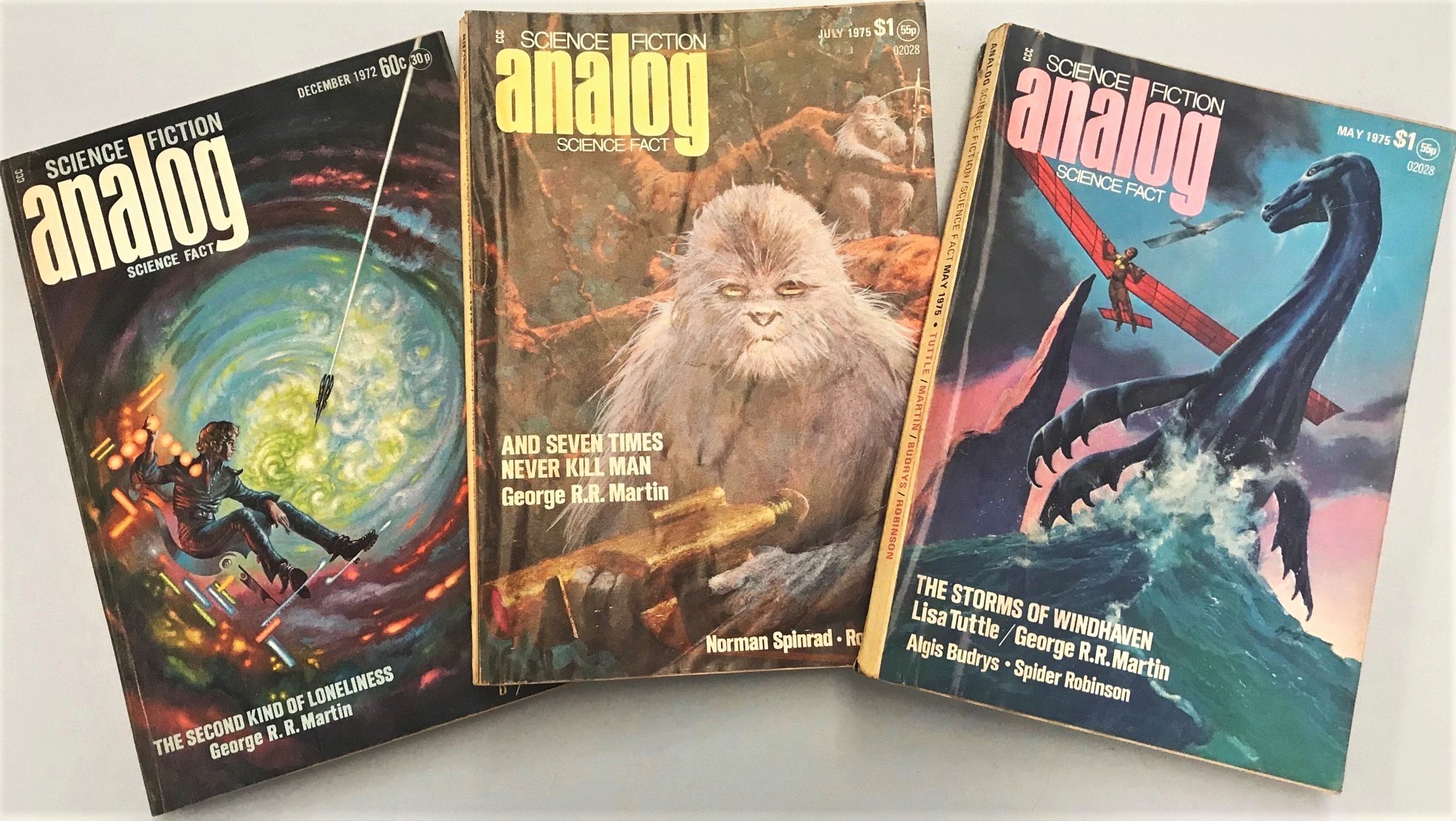 This post was guest authored by Laura Lethers, a Graduate Student Desk Assistant in the Special Collections Reading Room since January 2019.

The Special Collections Research Center is pleased to announce that a new collection guide for the Michael Lea Collection of Science Fiction Magazines (MC 00673) is now available online. The collection includes over five hundred individual science fiction magazines published serially from 1955 to 2008.

Some of the magazine titles include Analog Science Fiction and Fact, The Magazine of Fantasy and Science Fiction, Amazing Science Fiction Stories, Galaxy Magazine, IF, and Fantastic. The bulk of the collection is comprised of issues of Analog published from 1964 to 2008. First published in 1930, Analog is the longest running science fiction magazine in America, closely followed by The Magazine of Fantasy and Science Fiction, which began in 1949. Some of the authors available in this collection include Isaac Asimov, Poul Anderson, Gordon R. Dickson, Spider Robinson, and others of science fiction fame. Other notable authors include George R. R. Martin, who wrote stories for Analog throughout the 1980s, and Orson Scott Card, who wrote stories for Analog as well as some of the other science fiction publications in this collection.

The magazines include short stories, novelettes, and novellas published in multiple parts. Publications such as Galaxy and Analog also incorporated sections on science. Galaxy devoted a section to the “Science Department,” and Analog is subtitled “Science Fiction and Fact” for the multiple articles included in each magazine that discuss scientific theory as it appears in science fiction. The editorials included at the beginning or end of each magazine also present interesting perspectives on contemporary events such as the release of Star Wars in 1977, the Apollo space program, and even opinions on the state of higher education.

If you are a fan of science fiction and would like to view these materials, use the Special Collections Request Form. Other research questions and/or requests can be sent using this form too.

Special thanks to Laura Lethers, Rachel White, and Oliver Robinson for their work on this collection.