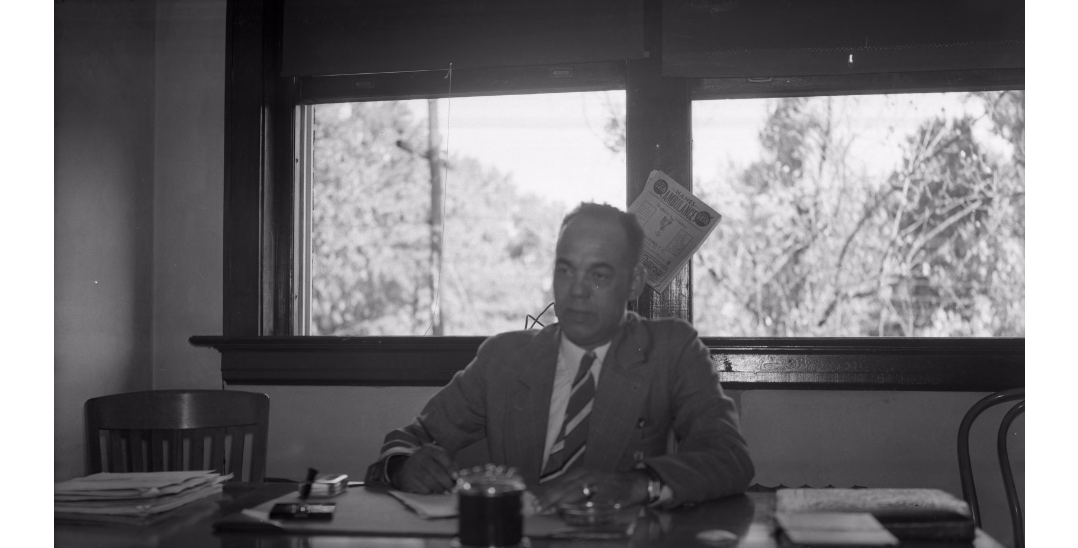 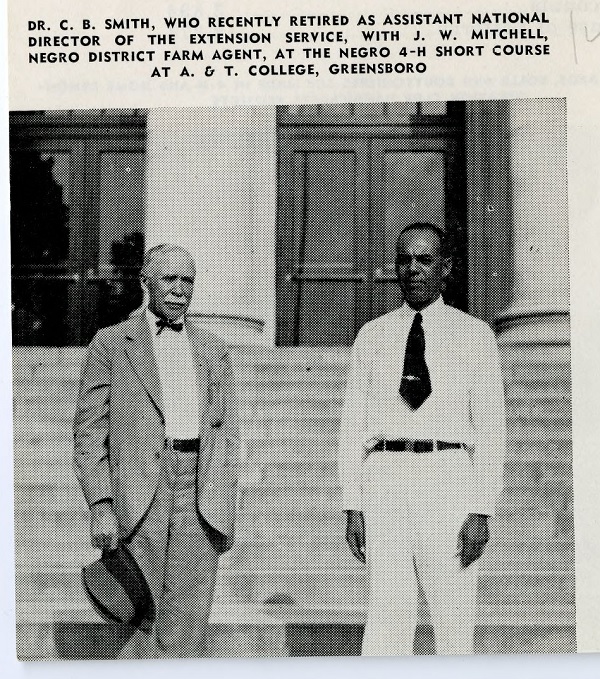 The Cooperative Extension reports being digitized as part of the “Better Living in North Carolina ” project include the statistical and evaluative work of many individuals.  For a moment we would like to shed light on the life of an extension agent who can be seen in the 1938 annual extension report (especially on p.32).

John W. Mitchell* (1886-1955) was a pioneering African-American extension agent and educator who became one of the most well known Cooperative Extension agents in the nation. A native of Morehead City, North Carolina, Mitchell graduated from the State Colored Normal School (now Fayetteville State University), earned a B.S. in agriculture from the Agricultural and Mechanical College for The Colored Race (now North Carolina A&T State University) in 1908 and studied sociology in graduate school at Indiana Central University in Indianapolis (now the University of Indianapolis).

After serving as an assistant and lead principal at two high schools, he became an extension agent in 1917. At first he served the North Carolina counties of Bladen, Columbus and Pasquotank, commuting from county to county by horse or bicycle. In 1922 Mitchell was appointed to the newly created extension service district office at the A&T campus in Greensboro where he would direct the extension activities for 15 counties.  During this time he is said to have built one of the largest Negro 4-H Clubs in the nation. In 1940, following the death of C. R. Hudson, who was responsible for extension and 4-H club work for the entire state, Mitchell became the “State Agent for Negro Work” or the state extension agent for African-Americans.

In the A&T position John W. Mitchell was well known for his financial and innovative leadership in the lives of the state's African-American farmers. He was also active in academic and community efforts between Whites and Blacks. He participated in the North Carolina Commission on Inter-Racial Cooperation to advocate for state and national anti-lynching laws, and he spoke at churches for Race Relation Sunday services.

In 1943 Mitchell moved to Virginia after he was appointed the field agent for the United States Extension Service to represent 17 southeastern states or the “Upper South’s Field Agent in Negro Extension Work." His office was based at the Hampton Institute in Virginia. During the Second World War and postwar era, 4-H membership soared, and Mitchell served as Director of Regional 4-H Club camps for Negro boys and girls in addition to multiple roles as chair director or secretary for national and regional agricultural conferences.

By 1950 Mitchell was renowned as one of the top agricultural experts in the nation. That same year Livingston College awarded him an honorary degree of Doctor of Humanities for his work in improving the rural life of farmers in the South. Three years later, United States Department of Agriculture Secretary Ezra Taft Benson appointed him to the specially created post of National Extension Leader on the staff of the Division of the Department of Cooperative Extension Work, the highest rank ever given up to that time to a person of color within the national extension organization. Mitchell was still serving in this position when on he passed away in Baltimore, Maryland, on January 7, 1955, at the age of 69.

In his memory the J. W. Mitchell 4-H Camp was dedicated in June 1956 in Onslow County, North Carolina, and a building was named for him at Fayetteville State University in 1955. Mitchell’s legacy has continued for decades. He was inducted into the N. C. A&T School of Agriculture Hall of Fame in 1996.  At a 2014 centennial celebration he was remembered as one of five key pioneers of the A&T Cooperative Extension program.

*The extension agent John W. Mitchell should not be confused with Dr. John W. Mitchell (b. 1905), the principal physiologist of the USDA Bureau of Plant Industry, Soils, and Agricultural Engineering in Beltsville, Maryland.

Research for this blog post yielded scores of newspaper and peer-reviewed journal articles, history books, and archival finding aids on the life and work of John W. Mitchell. His tasks, accomplishments and honors are too numerous to list here.