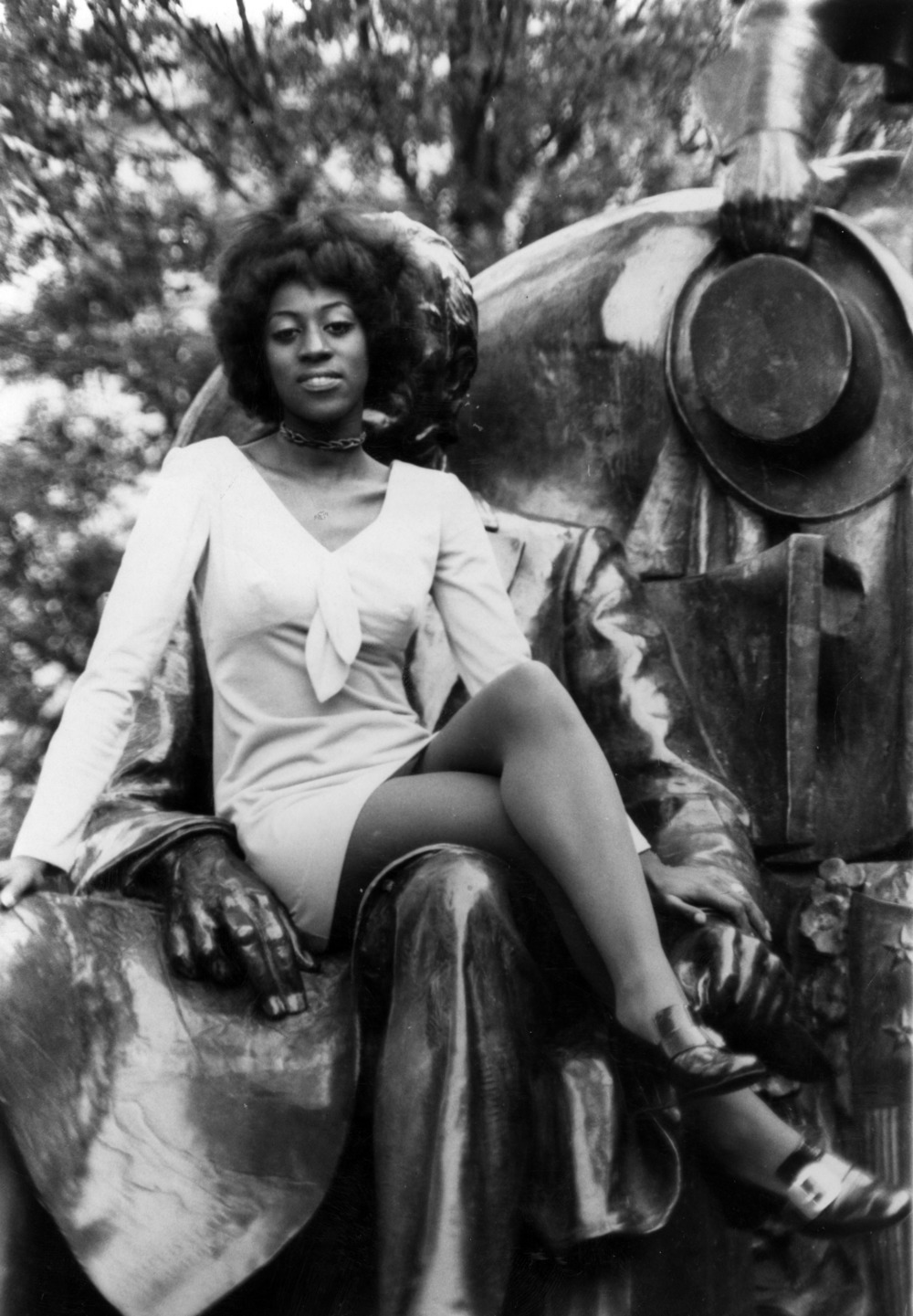 Fifty years ago, on November 7, 1970, Mary Evelyn Porterfield was the first African American to be crowned Miss Wolfpack (later called Homecoming Queen).  She was a speech communications major from Columbia, SC.

Due to a mix up with her ride, Porterfield nearly missed the ceremony, as reported in the Technician student newspaper from November 9, 1970.  Luckily she made it just in time to find out she had received the honor.  She said:

"If I had been the first black homecoming queen ever at a university of this size, I think it would have weighed much more heavily on my emotions, but to me, by this time, it seems as ordinary as would have been any selection.  I think State is three years behind in the trend. Along about the eleventh grade, I started reading about the larger universities selecting black homecoming queens.  One of my white girl friends said 'do you realize you made history?'  And I said yes, but not an emphatic yes that you would equate with the question."

In the same article she addresses her reputation as a fashion leader and as a singer who performed regularly in night clubs.

Porterfield was also a skillful writer during her time at State.  She served as a staff writer for the Technician, reporting on dormitory curfews and grievances filed by Physical Plant employees.  For the latter, she was granted exclusive access as the only reporter allowed in the meeting (see these other Special Collections News posts about the Physical Plant employees grievances and the related protests).  She also wrote a poem about Dwight Eisenhower's passing, seen below.

She wrote a regular column in the Technician titled "On Reflection," covering philosophical topics such as perception, poetic death, and free thinking.  In this last column, Porterfield describes the tension between a new thought and old ideas.  About the rejection of new thoughts and challenges to old ways of thinking, she writes:

"At one point, you must have sensed the strain on the face of the man who says 'I do not like to think about it,' and shoves the thought farther into the subconscious mind.  He shoves it farther into that mind, wherein it does not cease to grow but thrives on rot and corrodes the whole man.  You can see it on his face!"

For more information on Mary Porterfield and African American students at NC State, see our digitized collections as well as our historical timeline.

Please note that according to library policies, on-site library access is limited to NC State students, faculty, staff, and university affiliates with a Wolfpack One Card, including Centennial Campus partners. For requests from these communities, we will respond to your inquiry as soon as possible and will email you when your requested materials are ready so that we can confirm your appointment time. For all other requests, we will respond to your request as soon as possible.