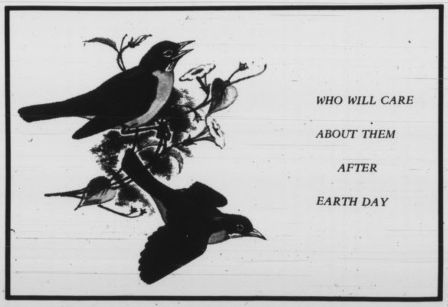 The first Earth Day occurred 50 years ago on 22 April 1970.  Millions of people across the nation and around the world participated in demonstrations, listened to speeches, attended teach-ins, and joined other events to call attention to the human impact on the environment.  On the NC State University campus, students and faculty organized a teaching event, as seen in the schedule below.

The NC State community has commemorated Earth Day at various times since 1970.  For the 1990 Earth Day (20th anniversary), students formed an organization that eventually became the Lorax Environmental Club.  This group continued Earth Day events on campus throughout the 1990s and into the early 2000s.  (For more on the Lorax Club, see its constitution.)