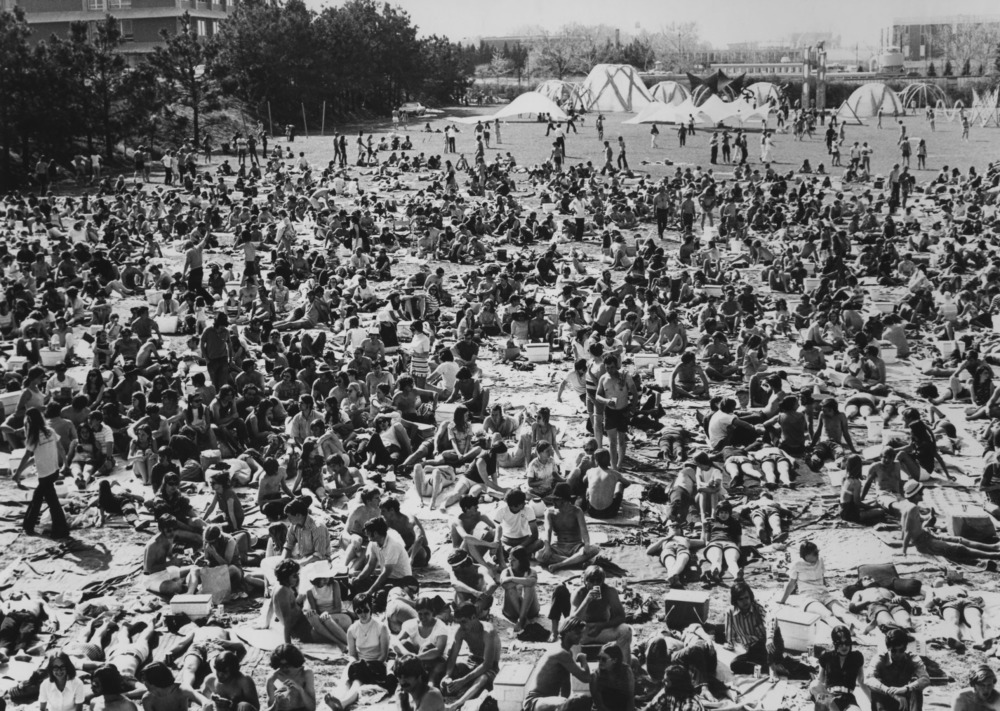 Fifty years ago on April 17-19, 1970, NC State hosted the 5th annual All-Campus festival.  All-Campus was an end-of-the-school-year, weekend-long event featuring concerts that started each afternoon and carried on into the night.  It began in 1966 alongside other festivities  including the Campus Chest Carnival and the Engineer's Fair.  By 1970 its popularity had increased substantially, partially due to the success of Woodstock and similar outdoor concerts, and the budget was increased to $40,000 (it had been $7000 just three years earlier).  The event helped to break the university's "cow-college-go-home-on-the-weekend" image according to Student Body Treasurer Rick Rice in a Technician article from February 13, 1970.

The 1970 weekend marked a high point in the festival's popularity, bringing in droves of concert-goers.  All-Campus 70 was the biggest campus entertainment event ever staged up to that point, according to the Technician from April 20, 1970.  The Sunday performances opened with Don McLean, who was relatively unknown at the time but would release "American Pie" a year later.  Other acts included Rotary Connection and Pentangle, culminating with a performance by Steppenwolf, hot off the success of "Born To Be Wild."  About 5000 people attended the Sunday show, which included balloons, bubble machines, tunnels, and pavilions (many created by the university's Design students).

In subsequent years, All-Campus featured such performers as B.B. King, Alice Cooper, and the Steve Miller Band.  The last All-Campus weekend was held in 1973.  After that, the financial costs and security risks were considered too high to continue.

For more images and textual documents about All-Campus and other aspects of university history, see our digitized collections.