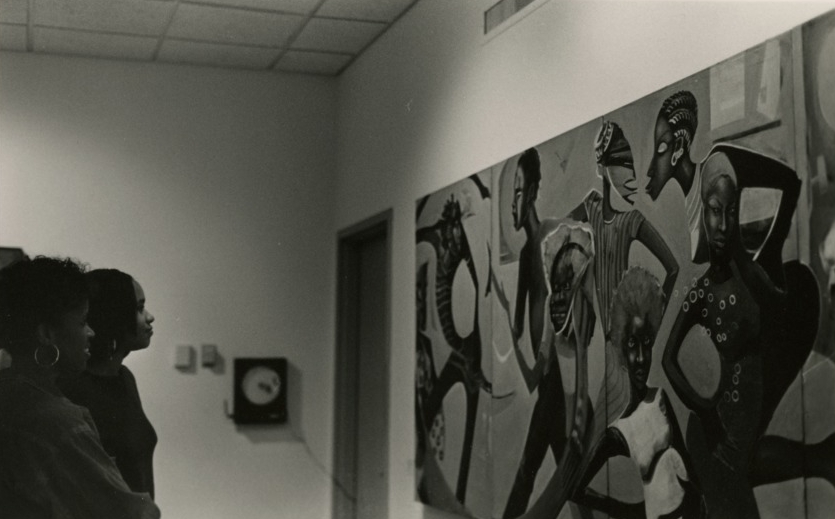 In the 16 September 1970 Technician, Mary Porterfield wrote about The Ghetto as a new gathering space.  "The Ghetto is another element in the shaping of the new concept of Black Student Unions on campuses across the nation," she stated.  Black Student Organization President Antoinette Foxwell was quoted as saying "the main function of the Ghetto is political," continuing that "it instructs students how to best use the University to benefit the black student."  About the new Black student unions then beginning to appear on college campuses, the newspaper correspondent concluded that "the fact of its existence warns us of dramatic and inevitable changes that promise to happen in the nation and on our campuses."

In calling the space "The Ghetto," the 6 November 1970 Technician quoted Foxwell as saying:  "Since society says that black people belong in the ghettos, we decided to call it that."  She also added that the name was "for the black students on campus not to forget their brothers and sisters who live in the actual ghettos."

Two other students involved with the founding of The Ghetto were Elwood and Diane Hill Becton.  In a 2016 oral history interview, they spoke about the Society of Afro-American Culture (SAAC) as the driving force behind its creation.  SAAC was one of the first African American student groups at NC State. (Special Collections holds records on the early formation and existence of SAAC).

In 1974, the university announced the allocation of space in the former Print Shop (now the West Dunn Building) for a Black Student Cultural Center, replacing The Ghetto.  Renovation of the building began in the fall of that year.  SAAC and African American fraternities were also given space in the building.  The Technician covered student efforts to secure this space (see the 13 March 1974, 15 March 1974, and 20 September 1974 issues).  By 1976, this new Black Cultural Center was hosting such events as art shows.

Under Director Iyailu Moses, the new African American Cultural Center had a "new concept," as explained in the 1 March 1991 Technician.  Features of the new 12,000-foot center included a library and coordinated event space.  Apparently some people complained "that the center is too large and is reserved for use by only one campus group," but that missed the point, said Moses.  "Everyone is entitled to use it," she said as long as the use fell within the intended purpose.  The first issue of the Nubian Message student newspaper (30 November 1992), included a short history of the African American Cultural Center up to that point.

At a 1 April 1995 dedication ceremony, the university renamed the Student Center Annex as the Augustus McIver Witherspoon Student Center to honor Dr. Witherspoon, who had been one of the earliest African Americans to received a PhD at NC State and who stayed to become Associate Provost and a significant leader and role model on campus.

Please note that according to library policies, on-site library access is limited to NC State students, faculty, staff, and university affiliates with a Wolfpack One Card, including Centennial Campus partners. For requests from these communities, we will respond to your inquiry as soon as possible and will email you when your requested materials are ready so that we can confirm your appointment time. For all other requests, we will respond to your request as soon as possible.