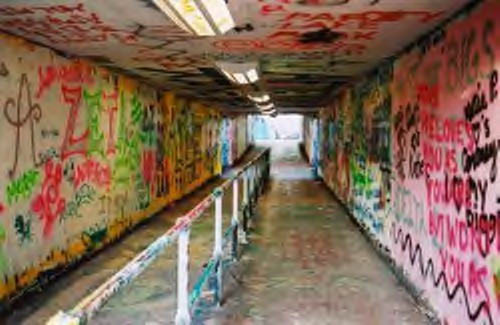 On 25 October 1967, Student Government at NC State passed a "student visual expression" bill to allow students to paint in one of the tunnels under the railroad tracks. At that time the tunnel was known as the Student Supply Store tunnel. On 9 November of that year, a "paint-in" occurred to initiate painting in the tunnel, which then became an NC State tradition. After a few years students began to call it the Free Expression Tunnel, and the term stuck. Wes McClure, who was Student Body President at the beginning of the Free Expression Tunnel, briefly talks about it in an oral history interview he gave to Special Collection in 2014. 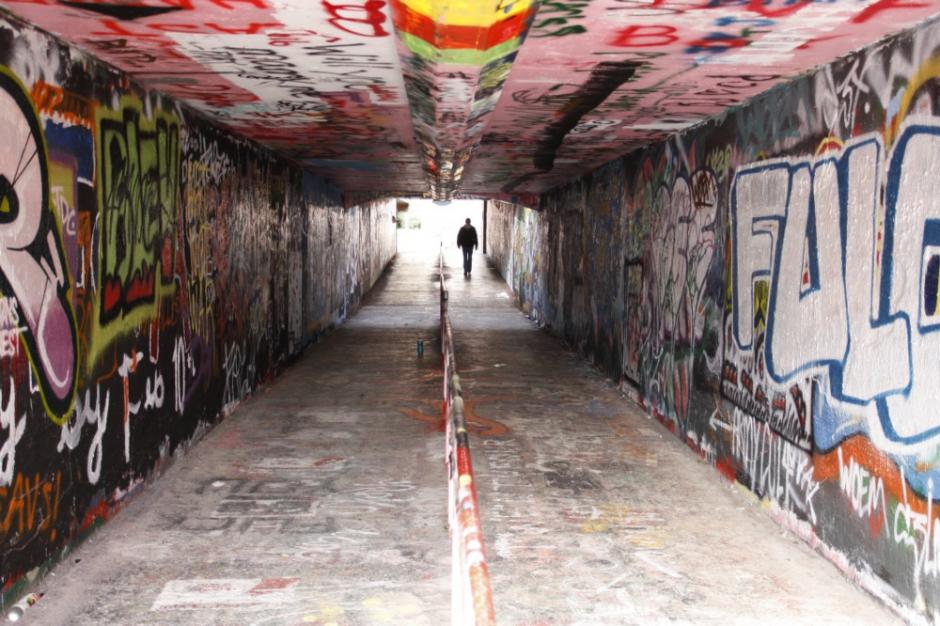 Unfortunately at that same 1967 "paint-in," some students painted controversial and derogatory comments, and since then there has been a longstanding debate over the parameters of free speech at NC State.