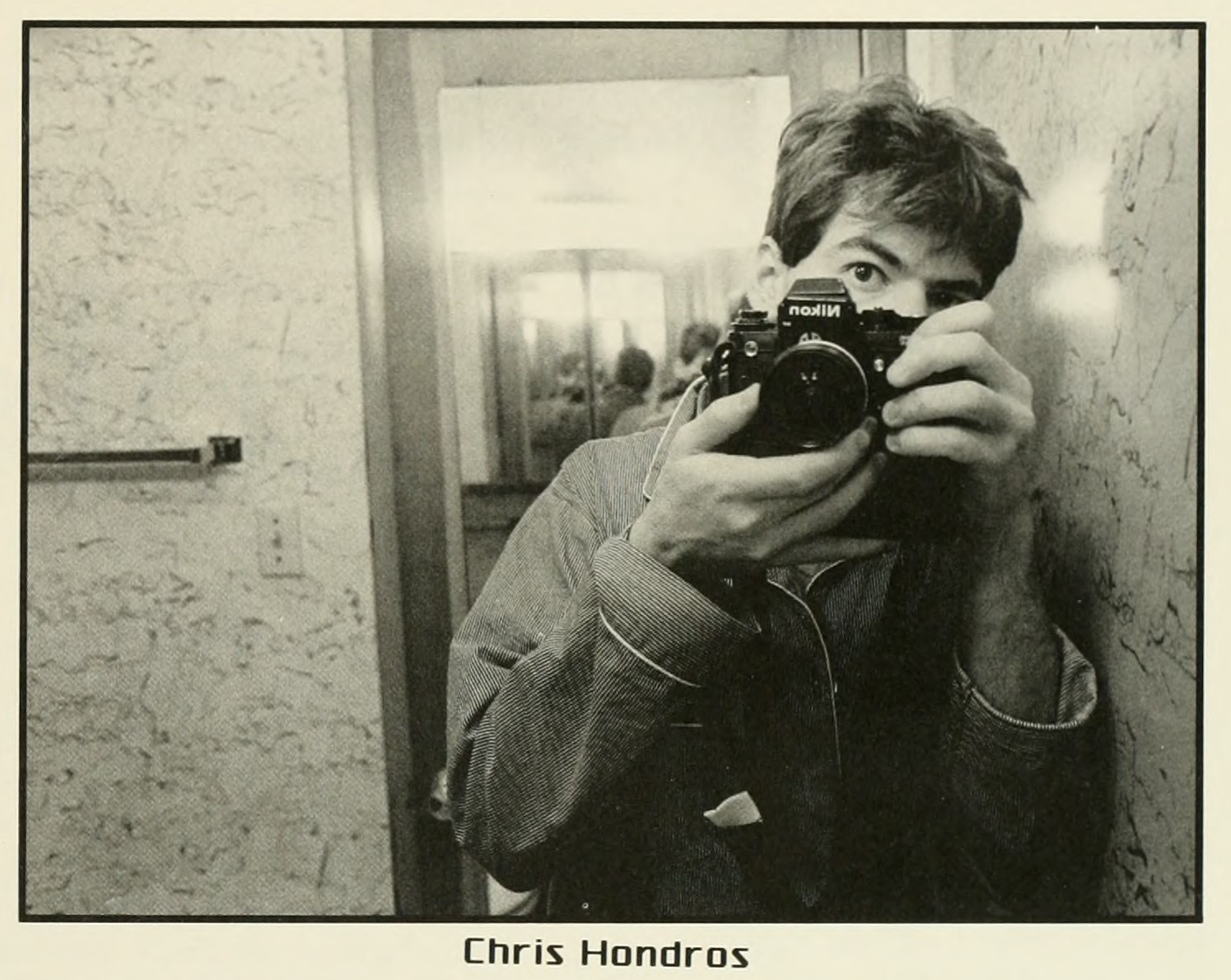 Chris Hondros self-portrait, for the 1992 Agromeck

On Saturday February 1 at 1:30pm, the NC State University Libraries will host a screening of the documentary Hondros in the James B. Hunt Jr. Library Auditorium, free and open to the public. The film's subject is the late Chris Hondros, a photojournalist killed in 2011 while covering the Libyan Civil War, who was also an NC State alumnus. The roots of Hondros's career can be found in the work he created during his time here, as he was a photographer for both the Technician newspaper and the Agromeck yearbook. NC State University Libraries' Special Collections Research Center is proud to feature some of his student work in our Rare & Unique Digital Collections.

Hondros, a Fayetteville native, graduated with an English degree from NC State in 1993. During his time as a Technician and Agromeck staff photographer, he covered campus events, such as visits from President George H. W. Bush and Carl Sagan, as well as sports and student life.

His work while attending here showed what would make him celebrated as a professional. He had an artist's eye for what made a great photograph, both in its composition and the story it told.

He knew when to capture moments-in-time with his candid shots and how to coax personality out of his portrait subjects.

He excelled at the details in a close-up and the scope of big compositions.

One early example of his photojournalism was a two-part Technician piece on people experiencing homelessness in Raleigh for the May 30 and June 13, 1990 editions. He provided the articles' photographs, taken of a shelter's facilities and the people staying there.

Hondros would later become a highly regarded news photographer, working for Getty Images for most of his career. As a photojournalist, he covered presidential elections, the aftermath of Hurricane Katrina, Guantanamo Bay's Camp X-Ray, and the 2010 Haiti earthquake, but he was best known for his war photography. He visited war zones in Afghanistan, Iraq, Kosovo, the West Bank, and Sierra Leone. He received multiple awards and honors for his images, and was a Pulitzer Prize finalist in Breaking News Photography, in 2004 for his coverage of the Liberian Civil War and posthumously in 2012 for coverage of the Arab Spring.

In 2011, Chris Hondros was on assignment in Libya, covering the country's civil war. On April 20th, while on the front lines of the besieged city of Misrata, his group was hit by a mortar attack from forces loyal to Muammar Gaddafi, killing Hondros and British documentarian Tim Hetherington.

In his memory, the Chris Hondros Fund has been established, giving grants to non-profit organizations supporting and advocating for photojournalists. 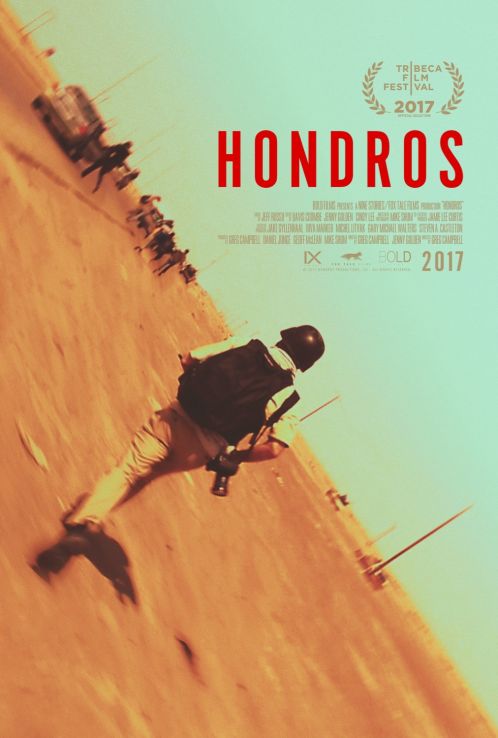 The 2017 documentary Hondros will be shown in the James B. Hunt Jr. Library Auditorium on Saturday, February 1 at 1:30pm. The film explores Chris Hondros's life, career, and legacy. Directed by his close friend Greg Campbell, it won the Audience Choice Award for best documentary at the Tribeca Film Festival. The screening is free and open to the public.

If you would like to learn more about the Special Collection Research Center and our thousands of digitized materials, please visit the Rare and Unique Digital Collections for access to images, video, audio recordings, and textual materials. Here you can find historic and more recent issues of the Technician and the Agromeck, including ones Chris Hondros contributed to. If you wish to view Special Collections materials in person, please contact us through our online request form.