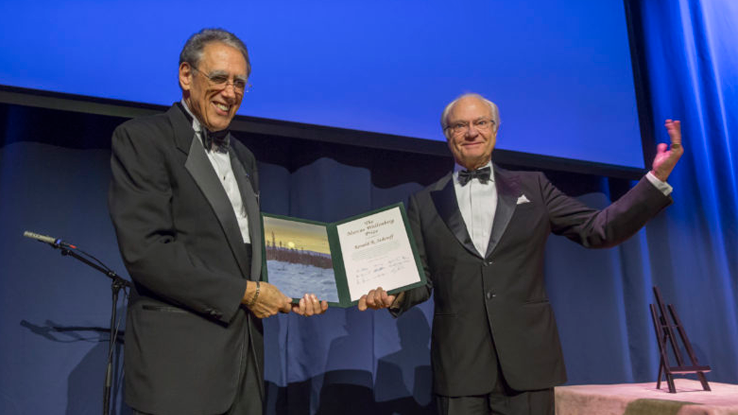 The NCSU Libraries Special Collections Research Center (SCRC) is pleased to announce that the Ron Sederoff Papers are now available to researchers. Sederoff, one of the first scientists to study molecular genetics of forest trees, established the Forest Biotechnology Group at NC State in 1988. His work focuses on gaining a better understanding of forest tree biology and using that knowledge to accelerate tree breeding.

Sederoff is currently Emeritus Distinguished University Professor and Edwin F. Conger Professor of Forestry and Environmental Resources at NC State University. In 1995, Sederoff was elected to the National Academy of Sciences. He is an inventor on multiple U.S. patents and was honored as the Institute of Forest Biotechnology’s 2011 Forest Biotechnologist of the Year. He has taught at Columbia University, the University of Oregon and in the genetics department at NC State. After a stint as a U.S. Forest Service scientist in California, he joined NC State’s forestry and environmental resources department in 1987.

For his pioneering work in the molecular genetics of forest trees, Sederoff recently received the 2017 Marcus Wallenberg Prize from the King of Sweden. The prize is informally considered to be the equivalent of a Nobel Prize for Forestry. The Wallenberg Prize is awarded annually to one scientist or team of scientists whose achievements broaden forestry knowledge and advance technical developments in related fields. Sederoff also received a cash prize of 2 million Swedish kronor during a ceremony in Stockholm in October.

The collection includes materials from throughout Sederoff’s career from 1960 to the present. These feature reprints and photocopies of articles he authored between 1966-2006, as well as related items and snapshots of Ron Sederoff. Topics of the articles include DNA transfer in forest trees, lignin biosynthesis, tree genomes, and forest biotechnology. Additionally, there are other materials, dating from the 1960s to the 2010s, documenting Sederoff's extensive research, teaching, and professional activities. Included are research notebooks, bound materials, subject files, photographic slides, and wood samples.