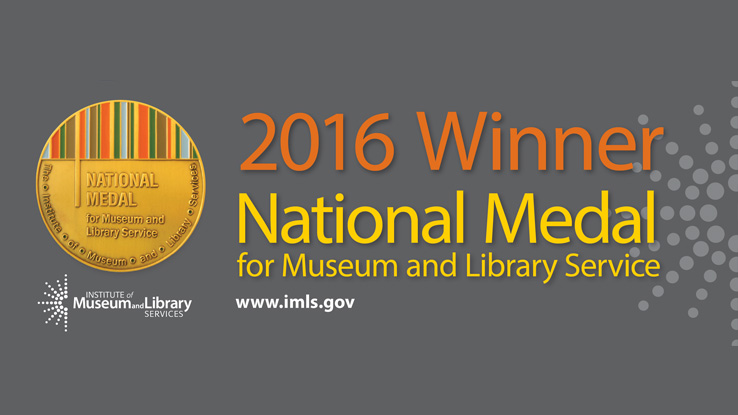 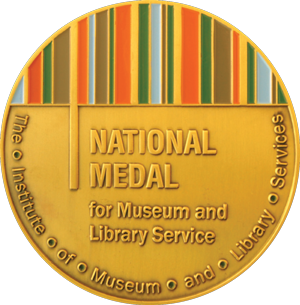 Congressman David Price, “congratulate[s] the North Carolina State University Library system on this well-deserved award, which recognizes its exceptional service to the university and surrounding community. From the innovative programs at the Hunt Library to the D. H. Hill Jr. Makerspace, NC State has built a library system that can support the university’s students and cutting-edge research while serving as an incubator for Triangle businesses. This library of the future is a great asset to North Carolina and a terrific example for other research libraries around the world.”

For 22 years, the award has celebrated institutions that demonstrate extraordinary and innovative approaches to public service and are making a difference for individuals, families, and communities. The NCSU Libraries is among 10 recipients of the National Medal this year and is the only academic research library on the list. In fact, the NCSU Libraries is the first academic research library in 10 years to win the award, which has in the past honored public and university libraries, children’s and science museums, and many other types of institutions. A complete list of this year’s winners can be found on the IMLS website at www.imls.gov/2016-medals.

Vice Provost & Director of Libraries Susan K. Nutter will receive the medal at a ceremony in Washington, D.C. on June 1. In addition to the medal, the Libraries receives $5,000, national recognition, and a visit from StoryCorps, a nonprofit that will capture stories from the NC State community and preserve them at the American Folklife Center at the Library of Congress.

“All of us at the NCSU Libraries are honored to win this year’s IMLS National Medal. This recognition means that we are not only serving as a competitive advantage for our campus users, but for the surrounding communities as well,” Nutter said. “Virtually all of our programs are free and open to the public and are of equal interest to students, instructors, researchers, and community members,” Nutter added. “Winning the National Medal speaks to the quality of our staff, many of whom volunteer in the community on their own time. The kinds of services and programming we provide are simply an extension, and a reflection, of them.”

As a representative community member, NC State Film Studies Professor Marsha Gordon will travel with Nutter to the nation’s capital to accept the award. Gordon is a valuable Libraries partner and has leveraged the spaces, technologies, and staff to innovate her teaching. She is integral to the Libraries’ film programming and has contributed to a variety of screenings and panel discussions, such as “Science in the Movies” and “Separate or Equal? Three Films About Black Youth in the 60s and 70s.” Gordon also collaborated with Libraries staff on “Shooting Wars,” an interactive visualization of the history of war coverage for her War Documentaries class.

About the NCSU Libraries
The NCSU Libraries is the gateway to knowledge for the NC State University community and its partners. The Libraries' collections reflect the historic strengths of the University as well as its vision for the future. With extensive research holdings in the areas of engineering, science, technology, and agriculture, the NCSU Libraries is recognized as a national leader. The Libraries also supports innovation and entrepreneurship through its makerspaces, digital production studios, and a variety of visualization spaces. To learn more, follow us on Facebook, Twitter, and Instagram.

About the Institute of Museum and Library Services
The Institute of Museum and Library Services is the primary source of federal support for the nation’s 123,000 libraries and 35,000 museums. Their mission is to inspire libraries and museums to advance innovation, lifelong learning, and cultural and civic engagement. Their grant making, policy development, and research help libraries and museums deliver valuable services that make it possible for communities and individuals to thrive. To learn more, visit www.imls.gov and follow them on Facebook and Twitter.