Our buildings are not open, but our online services continue.

We might have your textbook as an ebook. If not, we can scan chapters and email them to you.

We're here to help you find what you need: information, technology, media, research, and more.
Email Us Chat is unavailable

Instructors and students can request to borrow laptops and other devices to use off campus. Supplies are limited.

Due dates extended to May 13

This includes books, laptops, and other devices. Please do not return library materials at this time. 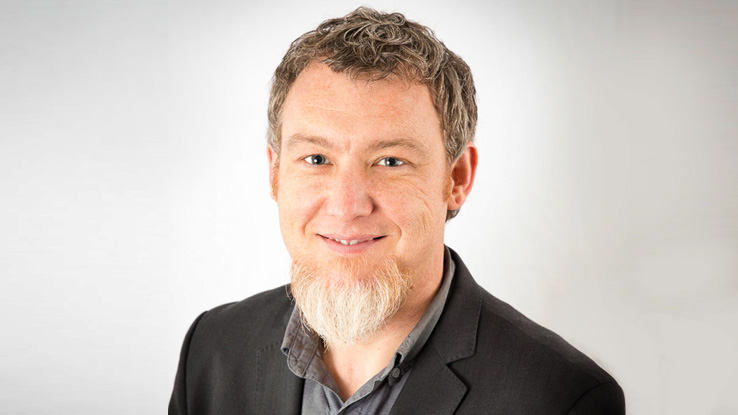 Library Journal has named NC State University Libraries Research Librarian for Design Pete Schreiner a 2019 “Mover & Shaker.” Schreiner is recognized for helping launch the Virtual Reality Studios at the Hill and Hunt libraries, introducing VR devices into our Technology Lending service, and evangelizing about the many academic and entrepreneurial applications for VR/AR technologies.

“VR has so much potential for so many disciplines,” Schreiner said to Library Journal. “I really have to credit [the Libraries] for being willing and excited to push the limits of what we do [as librarians].”

After joining the Libraries in 2016 as a Libraries Fellow, Schreiner took his current position at the Harrye B. Lyons Design Library last year. His leadership in the Libraries’ incorporation of VR in academic settings has become a model for other institutions, and Schreiner frequently shares the story of our VR development at forums and conferences around the country.

“I am thrilled to have Pete recognized as a Mover & Shaker,” says Greg Raschke, Senior Vice Provost and Director of Libraries. “Pete's creativity, dedicated service ethic, and nimble adoption of emerging technologies have helped us build a virtual and augmented reality program that brings significant value and recognition to NC State. I could not be more happy for Pete and for the Libraries.”

Annually since 2002, the trade publication Library Journal has chosen a class of innovative librarians and library staff members from an international pool of more than 300 nominees. During that time, the NC State University Libraries has had 11 Mover & Shakers, the most of any academic library. This year’s “Movers & Shakers” class will be acknowledged at the American Library Association annual conference in Washington, D.C. in June.