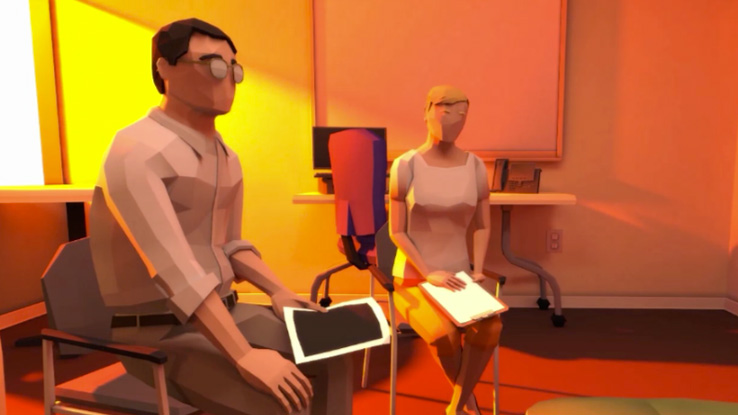 Raiders of the Lost Arcade—the Libraries’ program series that uses gaming to promote experiential learning, empathy building, and storytelling—returns for a new season focused on disability representation and accessibility in video games. This season will be conducted entirely online and is a collaboration with the Disability Resource Office.

Visit the Raiders series site to learn about games selected for their disability representation. Individuals with disabilities were consulted in the creation of this project, and many of the game descriptions link to feedback from gamers within the disability community. Our site also includes links to articles about disability issues in gaming, as well as information about the adaptive controllers that the Libraries has in its technology lending program.

“Accessibility and representation is incredibly important to me, especially in an industry that has grown so rapidly,” says Camden Baxter-Baronas, a College of Humanities and Social Sciences senior who worked with the Libraries on this season of Raiders. “One way I have tried to achieve this is by finding games that accurately depict disabilities as well as providing games that enable disabled users to enjoy the experience at their own pace. Raiders of the Lost Arcade has been the perfect opportunity to search beyond the surface level and find inclusivity in the gaming industry.”

For the purposes of this series, we defined disability as any condition covered by the Americans with Disabilities Act in order to be as inclusive as possible. By listing these games, we are not endorsing them as ideal representations—in fact, some of the games received mixed reviews about whether or not their representation is accurate. But we hope that our curation contributes to a larger, ongoing conversation about disability representation within the gaming community.

“I've always been interested in the way that mental illness is portrayed in popular culture and in different forms of media,” says Brooke Peters, Visitor Relations Specialist. “Too often, what I see is negative and contributes to misinformation and stigma. While working on the Raiders project, I was relieved to find games like Depression Quest that were created by individuals that had first-hand knowledge of the types of mental illness that they depicted. While I realize that gaming is an escape and a means of entertainment for most, it's obvious that games like this are also a powerful tool for education if people are receptive to the messaging about mental health that's built into these storylines.”

In the gaming world, attention to representation and narrative is just part of it. Concerns extend to the accessibility of gaming hardware, too.

“When starting this project, I'll admit that I was pretty unaware of the lack of accessibility and representation in gaming for people with disabilities,” says Alex Valencia, Student Success Librarian. “After finding out that there are an estimated 30 million disabled gamers around the world, I was even more blown away.”

“It is my hope that patrons who come across this new iteration of Raiders will look at video games with a new lens when it comes to the representation (or lack thereof) of individuals with disabilities, and think critically about how the character is being represented,” he adds. “Additionally, it is time for all gamers to call on video game companies to make sure their games are accessible, for all players, through a wider variety of consoles and controllers.”

Raiders is part of the Libraries Making Space Series.