The Libraries digitizes a trove of NC literary voices 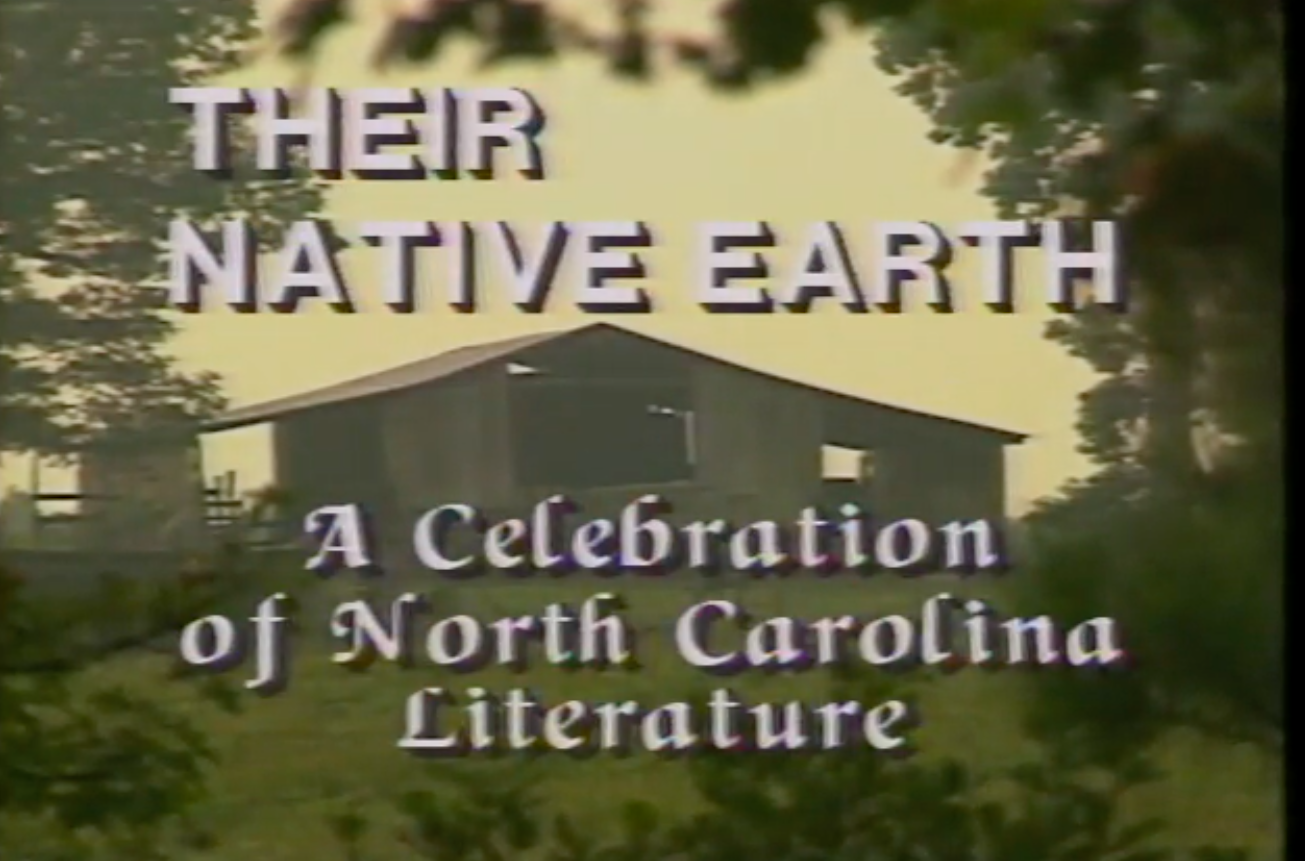 Previously only available on videocassette in the College of Humanities and Social Sciences Extension Records, these invaluable recordings were originally made through the Literary NC project from the 1980s to early 2000s and include productions such as Talk About Writing and Their Native Earth. The digitization project at the SCRC was aided by consultation from NC State faculty as well as some of the authors and their families.

Talk About Writing: Portraits of NC Authors (circa 2000s) features authors discussing their writings and reading passages of their work. In Lee Smith’s interview, she discusses her inspiration for the novel Oral History, a multigenerational story of the Cantrell family from the Appalachian region. Smith elaborates, “In a way, I had been getting ready to write it [Oral History] all my whole life. Because this is where I’m from, and these are the stories I grew up hearing.”

Their Native Earth: A Celebration of NC Literature is a documentary-style film created in 1989 by the Humanities Extension production team. The two-part series showcases interviews with authors such as Eudora Welty, Richard Walser, Louis Rubin, and Fred Chappell. Authors speak about how the North Carolina landscape and writer’s network has influenced southern literature. Louis Rubin, writer and founder of Algonquin Books of Chapel Hill, explains that “the best North Carolina writing tends to be about ordinary people…to be able to see the extraordinary quality of ordinary life. These writers are writing about ordinary people, and writing about them with a great deal of affection, sometimes with a great deal of horror, too.”

The Humanities Extension and Publications Program was established by the School of Humanities and Social Sciences (now CHASS) at NC State in 1978. The program sought to connect North Carolina public schools with college faculty through publications, video productions, and special events. Talk About Writing was intended for distribution in public libraries, schools, classroom teaching, and home study, and Their Native Earth was premiered publicly on UNC-TV.

Authors featured in the Literary NC videos include:

If you have any questions or are interested in viewing Special Collections materials, please contact us at library_specialcollections@ncsu.edu or submit a request online. The Special Collections Research Center is open by appointment only. Appointments are available Monday–Friday, 9am–6pm and Saturday, 1pm–5pm. Requests for a Saturday appointment must be received no later than Tuesday of the same week.