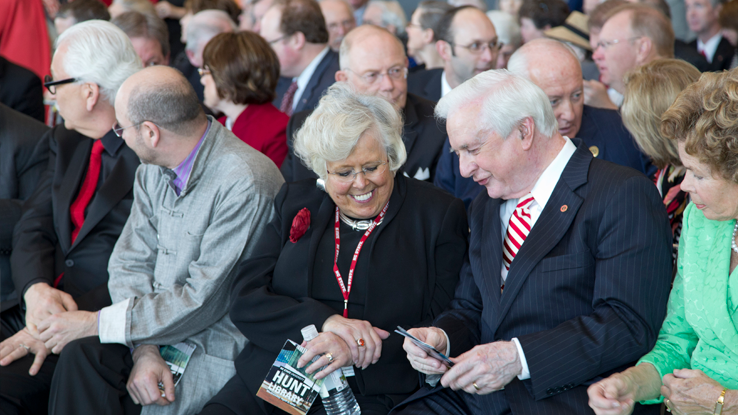 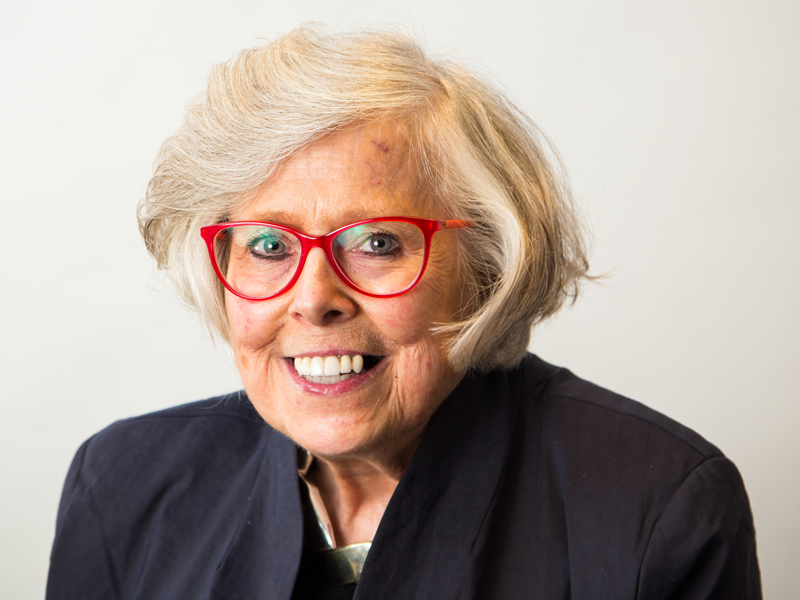 Vice Provost and Director of Libraries Susan K. Nutter, one of NC State’s most influential leaders, has announced plans to retire this fall after 30 years at the NCSU Libraries.

When Nutter arrived at NC State in 1987, the Libraries ranked near the bottom of academic libraries in every significant category. Through her decades of innovative work, including the conception and construction of the “library of the future”—the James B. Hunt Jr. Library—on Centennial Campus in 2013, the NCSU Libraries stands among the best academic libraries in the nation.

Nutter has overseen the transformation of every aspect of the Libraries. She has built world-class research collections and spearheaded the creation of the online library, which now outpaces the physical library in usage. She has overseen renovations and expansions of the D. H. Hill Jr. Library including the popular Learning Commons and the nationally recognized Makerspace. As importantly, she built relationships across the campus that positioned the Libraries at the center of NC State’s overall success. 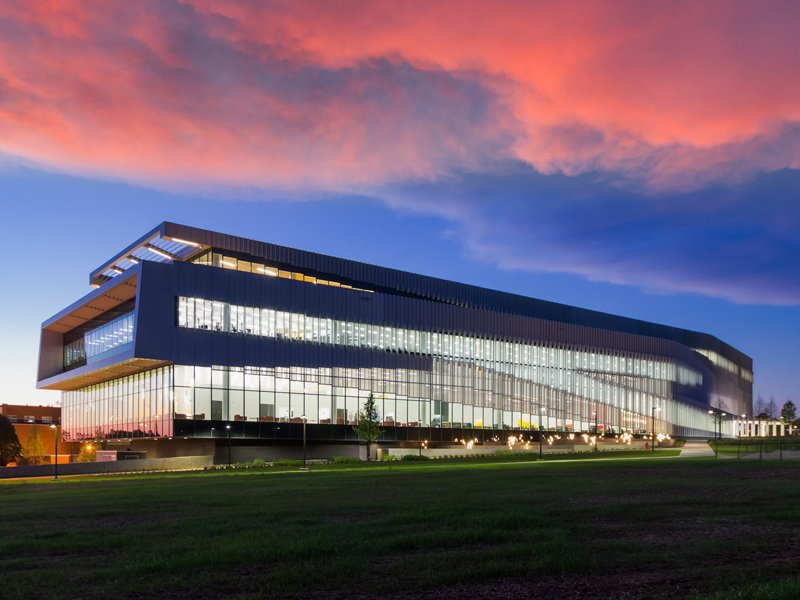 A true visionary, Nutter knew the importance of a library on Centennial Campus. During her interview for her position at NC State in 1987, when asked about her plans for the future of the Libraries, she declared that a library on Centennial would eventually become a reality. Today, the Hunt Library is an iconic building that both enables and reflects NC State’s position as a preeminent technological research university. Its bold design and dynamic technology spaces attract visitors from around the world and offer unique research and collaboration opportunities to the university’s students, faculty, and partners. 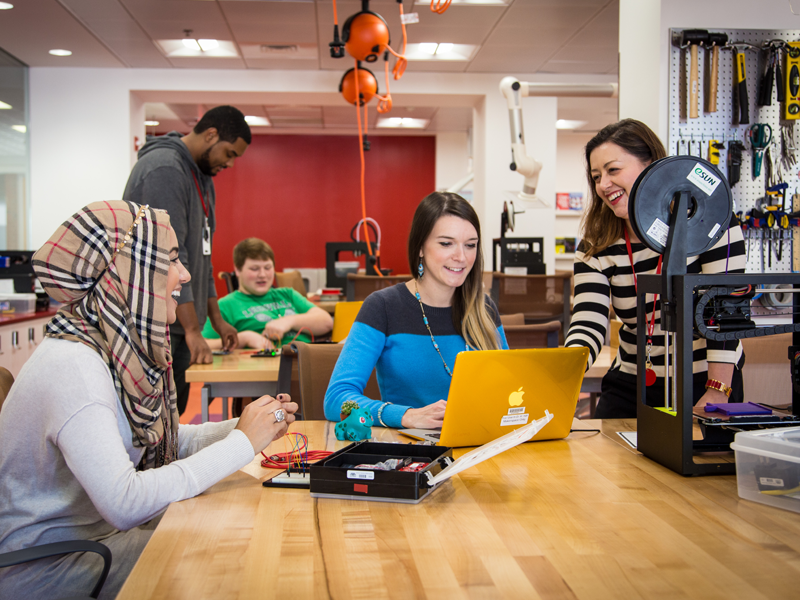 “Because the combination we offer — traditional and non-traditional resources; immersive, interactive spaces; emerging technologies; and the expertise to navigate it all — isn’t available anywhere else — our hope is that our students and faculty are able to produce work that simply isn’t possible anywhere else,” Nutter said in a recent Q&A.

“We are starting to see that happen through sustainable and reproducible 3-D printed teaching materials, immersive data visualizations and scholarship exhibitions, unprecedented scholarly programming and public outreach,” she continued. “We hope to inspire a spirit of discovery that produces the next generations of technology-savvy citizens, employees, researchers and scholars.” 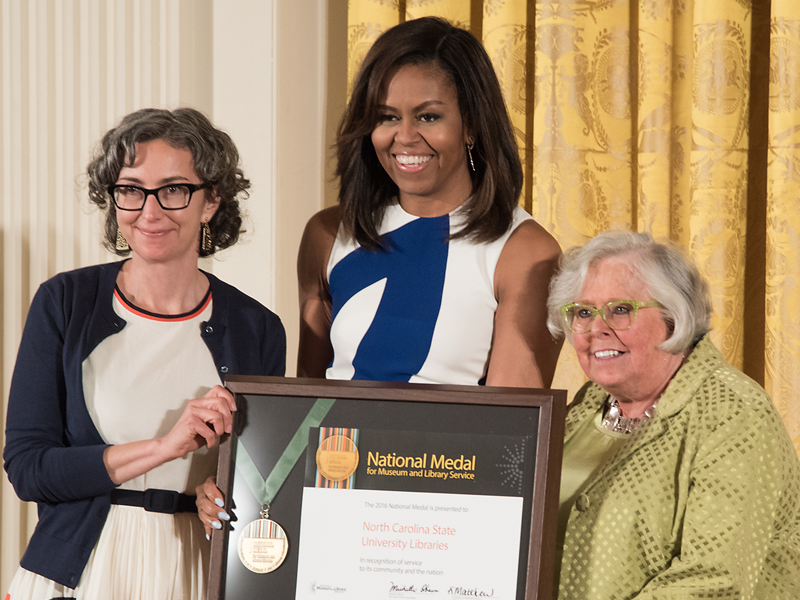 In addition to the long list of Hunt Library honors, Nutter has also garnered the triple crown of national libraries awards during her tenure, being named the 2016 Association of College and Research Libraries (ACRL) Academic/Research Librarian of the Year and the 2005 Library Journal “Librarian of the Year,” and leading the first university library to win the ACRL "Excellence in Academic Libraries Award” in 2000. Last spring, Nutter accepted the IMLS National Medal for Museum and Library Service on the Libraries’ behalf from First Lady Michelle Obama in a White House ceremony.

While Nutter’s legacy will be her embrace of emerging technologies and innovative scholarship, it is her ability to connect with and listen to students, alumni, faculty, and administrators that has enabled that legacy. Few college students or faculty elsewhere know the name of their library’s director, but that has never been the case at NC State. Throughout Nutter’s career, students have marveled at the Libraries’ response to their suggestions and requests. High-tech innovations and minor conveniences alike have been achieved because of Nutter’s focus on creating a user-centered library for the university community.

Nutter received her Bachelor of Arts in American Literature from Colby College in 1966 and her Master of Science in Library Science from Boston’s Simmons College in 1968. She served as Associate Director of Libraries for Collection Management and Technical Services at the Massachusetts Institute of Technology (MIT), where she was a founding staff member of Project INTREX, an experimental information storage and retrieval system that foresaw how the digital age would transform scholarship and librarianship.

Nutter has also served as the Association of Research Libraries president, currently serves on the association’s steering committee and is a founder of North Carolina Libraries for Virtual Education (NC LIVE), an unparalleled public-private venture that places a virtual library within the reach of every one of North Carolina’s more than 10 million residents. Nutter is also a member of the Governing Board of the Triangle Research Libraries Network (TRLN).

She was honored as one of six foundation members of the Zeta of North Carolina Chapter of Phi Beta Kappa when the chapter was installed at NC State, and she was awarded an Alumni Achievement Award from the Simmons College Graduate School of Library and Information Science.

The university will conduct a national search to find a new vice provost and director for the NCSU Libraries. Greg Raschke, the Libraries’ associate director for collections and scholarly communication, will serve as interim director.