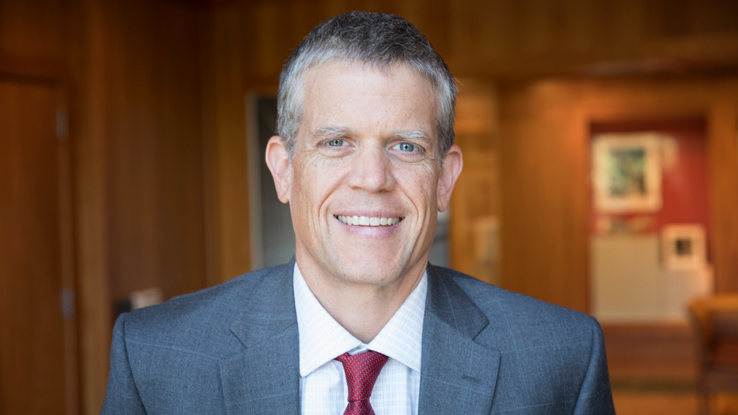 “I am honored to continue Susan’s legacy in my service to the university,” said Raschke. “The NC State University Libraries sets the bar for libraries in higher education, and I look forward to working with the campus community to provide outstanding support for research, teaching and learning at NC State.”

“Moving forward, we need to keep listening to students and faculty, and keep being inspired by innovators in every sector, so that we can provide NC State with the experiential library it deserves—a place to experiment and prototype, a place to be creative and exchange ideas, a place where students and faculty have democratic, hands-on access to the resources and technologies they need to succeed and solve society’s grand challenges.”

Raschke came to the Libraries in 2002 as associate head of collection management. He also served for more than a decade as associate director for collections and scholarly communication. In that position, Raschke spearheaded programs to build, manage, and preserve the Libraries’ extensive general and special collections. He has led efforts to support faculty and graduate students with emerging tools, programs, and services across the research lifecycle.

He also led the Libraries’ partnerships in developing sustainable channels for scholarly communication and enhancing digitally enabled research and scholarship. Raschke served on the leadership team that envisioned, planned and implemented the award-winning James B. Hunt Jr. Library, and he has significant experience managing fundraising, annual giving and naming opportunity campaigns.

Raschke is looked to as a leader in the library world and is frequently invited to speak at national conferences, most recently Designing Libraries for the 21st Century and the Coalition for Networked Information.

“Greg’s depth of knowledge of the NC State University Libraries and his extensive work within the university will guide our continued evolution as a national libraries leader,” said Warwick Arden, executive vice chancellor and provost. “We look forward to how his work, and that of the entire Libraries team, will continue to enrich the NC State University Libraries’ services to the campus and surrounding community in the future.”

Raschke previously held positions at the University of Kansas and the Georgia Institute of Technology. His received his Bachelor of Arts in history and political science, along with his Master of Science in library and information science, from the University of Illinois at Urbana-Champaign.