What to know about the Libraries: Spring 2021

A garden of food and campus housing insecurity 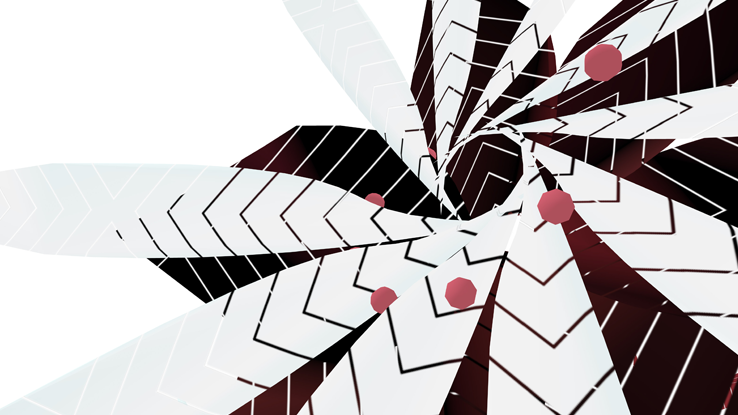 “They have fought so hard against a struggle that was not of their own doing,” artist Lucas Swick says of the NC State student cohort he’s been working with at the Libraries. “From extreme poverty to unsafe living conditions to deceased parents, these students are absolutely remarkable. They will change the world.”

Swick is one of three resident artists creating spectacular visualizations on the Hunt Library video walls through the NCSU Libraries’ Immersive Scholars program this fall. Swick has created an interactive, immersive exhibition for the Hunt Library's iPearl Immersion Theater which transforms data about the food and housing insecurity of NC State students into spectacular images inspired by community gardens.

For the Libraries, the Immersive Scholar program offers a way to move large-scale visualization forward as a still-emerging research field. For the resident artists, it’s a unique opportunity to tell the stories hidden in big data.

Swick, a generative artist based in Portland, Oregon, didn’t arrive for this residency with this specific idea. Librarians connected him to psychology professor Mary Haskett’s Food and Housing Insecurity Report at NC State. It was the urgency of that story, and the hard data that came with it, that Swick was looking for.

“The goal of the project is to use data and art to create empathy and understanding around food and housing insecurity within the student population,” he says. “When the team connected me to the research Dr. Haskett has been doing around food and housing insecurity, I was surprised to learn how much of an issue houselessness is within the student population. If I can help people understand that 9.6% of students experienced homelessness within the past year, we can have more meaningful dialogue about solutions.”

Swick will do three events at the Libraries related to his project. All events are free and open to the public; the Oct. 31 workshop requires advance registration here.

When the project goes live in November, viewers will see gorgeous tendrils of color and form blooming on the Hunt Library video walls. But they will be looking at visualizations of data about the number of Pell Grant recipients at NC State, or students who work 30+ hours per week but can't afford food, or students who sleep fewer than 4 hours a week because they’re working multiple jobs to afford tuition and living expenses.

“The metaphor of the installation is a garden,” Swick says. “In summer, plants have all the resources they need to thrive, and in winter the plants are resource-starved. Plants are blameless, just like the students, who are working so hard to lift themselves above their situation.”

The slow-moving visualizations will be aesthetically pleasing while expressing the challenges that students are struggling with. Well-resourced plants in the images will have summer colors while under-resourced plants will have autumn and winter colors. Leaves will fall from the stems of housing-insecure plants. Shapes will become more angular based on the data about the emotional health of food- and housing-insecure students.

Swick has worked closely with librarians including Karen Ciccone, who has researched plants local to the region, as well as core Immersive Scholar team of Erica Hayes, Shelby Hallman, and Markus Wust. Swick also credits Jasmine Lang, a graphic design student, with some of the visual polish of the imagery.

The NCSU Libraries’ Immersive Scholars program is part of a $414,000 project grant awarded to NC State by the Andrew W. Mellon Foundation last year. The grant project, entitled “Visualizing Digital Scholarship in Libraries and Learning Spaces,” continues the Libraries’ pioneering work with large-scale, research visualization technologies and supports the advancement of tools and techniques for developing and sharing such visual content for research.

Artists, scholars, and creative technologists submitted project proposals to an open call in January for a four-to-six-week residency. Two of the three eventual residents have been chosen. Their projects will use data creatively, in collaboration with librarians, to produce immersive scholarly visual content for one or more of the large-scale digital walls in the Hunt Library—including the Art Wall, the iPearl Immersion Theater, the Commons Wall, and the Visualization Wall.

“Hunt Library earns the title 'Library of the Future,'” Swick says. “Having multiple large displays in an environment where people come to learn means my work can have a more significant impact than if it was presented on a laptop display or a user's phone. Libraries are one of the last great equalizers of society where anyone can go and better themselves. Hunt Library is a great example of what can happen when an institution believes in the power of knowledge.”