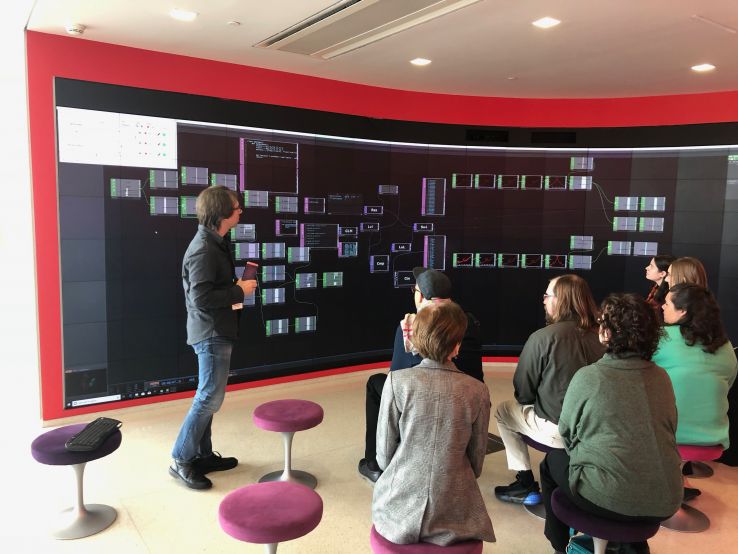 Thank you for joining the Liberact V Conference!

What's Liberact V? Liberact V was a free, two day participatory conference that focuses on the interaction of users and technology in libraries and museums including immersive environments, large scale visualization, and interactive/gesture based computing.

The North Carolina State University Libraries was pleased to host the 5th Liberact (Libraries & Interactive Technologies) conference at the James B. Hunt Jr. Library in Raleigh, North Carolina on November 14th and 15th, 2019. Liberact offered practitioners and researchers involved in immersive and large-scale visual technologies the chance to meet, build community, and gain inspiration for collaboratively advancing this area of study and scholarly production.

The conference included a choice of hands-on workshops:

Liberact is supported by the Andrew W. Mellon foundation.

The header artwork is from Community Gardens by Lucas Swick.